Trump Blasts Low Oscars Ratings: ‘We Don’t Have Stars Anymore – Except Your President’ 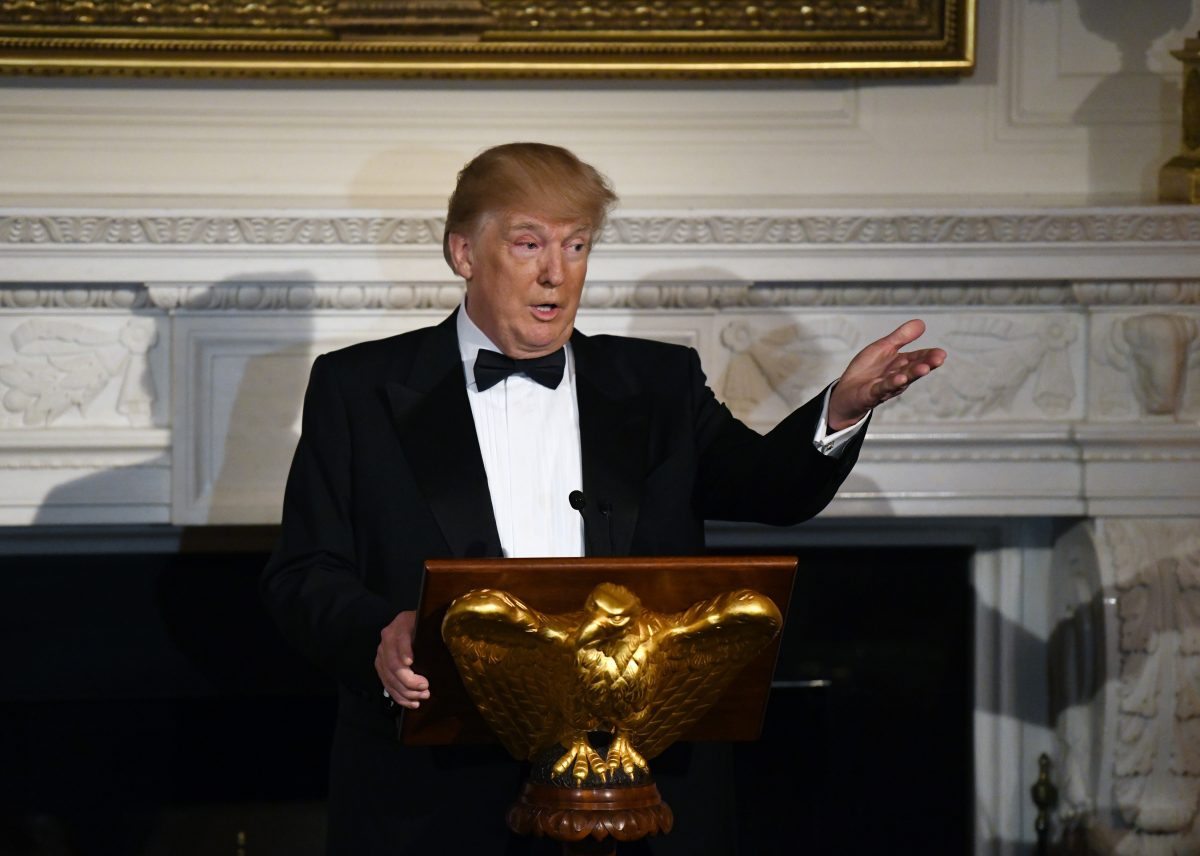 Many conservatives have been taking a victory lap over the ratings for Sunday night’s Academy Awards — which drew a record low 26.5 million viewers. Add President Donald Trump‘s name to the list of those on the right seemingly gleeful about the poor numbers for a ceremony that many on the right viewed as overly political.

Tuesday morning, the president took to Twitter to crow about the subpar rating. And he did so in extremely Trump-ian fashion.

“Lowest rated Oscars in HISTORY,” Trump wrote. “Problem is, we don’t have Stars anymore – except your President (just kidding, of course)!”

Lowest rated Oscars in HISTORY. Problem is, we don’t have Stars anymore – except your President (just kidding, of course)!

The Tweet was the latest message from Trump during what has been yet another busy morning on the platform. So far on Tuesday, the president has blasted the prevailing narrative of White House chaos, bashed Democrats on DACA, and written “We will see what happens” while retweeting an article on North Korea.