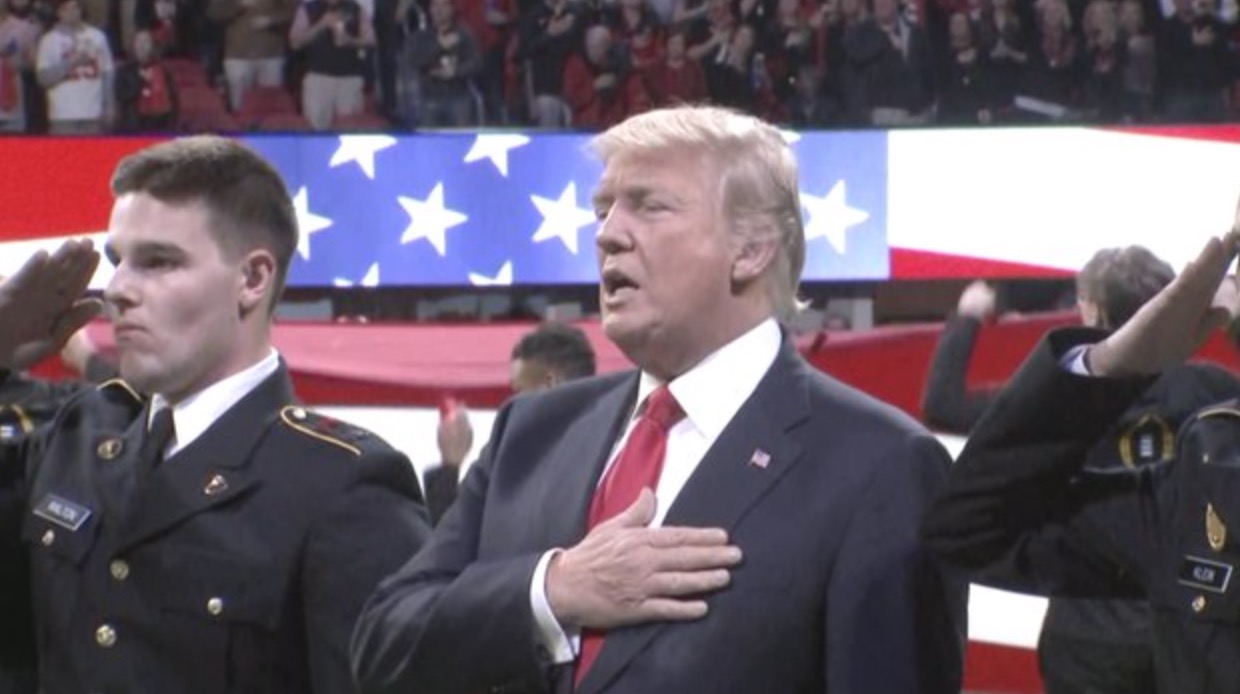 The Super Bowl is just about two weeks away, though it would seem President Donald Trump is about to break a presidential pre-game tradition: an interview with the network televising the game.

NBC will broadcast this year’s Super Bowl from Minneapolis, MN, and Variety reports that Trump does not intend to accept the network’s invitation to appear with them before kickoff. This comes after Trump spoke with former Fox host Bill O’Reilly in 2017, and Barack Obama gave an interview to CBS’ Gayle King the year before. The custom began during George W. Bush’s presidency and was made into an annual tradition by Obama.

If Trump chooses to give an interview before the game, it’s all but certain he’ll be asked about NFL players who have knelt in protest of racial injustice during the National Anthem. Trump has been highly critical of the protests, and he spent a month last year blasting NFL anthem kneelers as “sons of bitches.”

NBC announced that they will televise players who kneel during The Star-Spangled Banner on Super Bowl Sunday — should any do so.

Trump, it’s worth noting, has a less-than-positive opinion about the network’s news operation to begin with.

The game will be held at the U.S. Bank Stadium on February 4, and America eagerly awaits whether the Jacksonville Jaguars, the Philadelphia Eagles, the New England Patriots, or the Minnesota Vikings will emerge as this year’s champion.