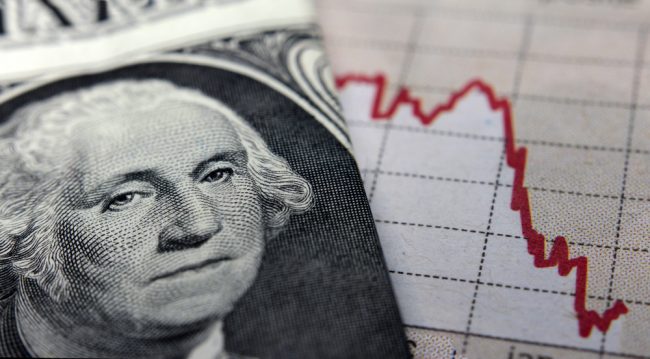 The stock market is in an absolute freefall, as the Dow Jones Industrial Average was down more than 1,500 points at one point on Monday afternoon — with nearly an hour still left in the trading day. This comes on the heels of a 666 point drop on Friday.

Twitter is completely freaking out about the plunge. Here’s a sampling of the reaction:

Actually, this is starting to look fairly serious.

TRUMP LOSES BENEFIT OF THE DOW

The DOW dropped 800 points to 1,500 points within the amount of time it took me to walk from one side of the Capitol to the other, according to my emails…

Oh wow. The stock market is down over 1,000 points today.

If this holds it will be the largest point drop in Dow history.

Good time to recall that in the previous administration, we NEVER boasted about the stock market — even though the Dow more than doubled on Obama's watch — because we knew two things: 1) the stock market is not the economy; and 2) if you claim the rise, you own the fall.

Feel the thrill of the stock market! pic.twitter.com/tPndVDVlkw