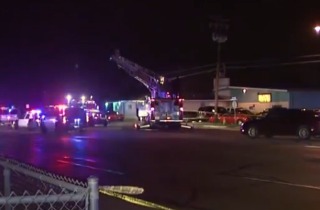 Police officers in Texas City fatally shot and killed a man identified by family members as Carlton Smith, a 20-year-old African-American. Texas City Police Chief Robert Burby said he was shot down because he was armed and was pointing his weapon at one of the officers.

What happened, according to the police, is that the manager of HT’s Lounge called to report a fight breaking out inside the club. When the police arrived, they saw an individual firing a gun in the direction of patrons exiting the club.

He reportedly pointed his gun at an officer and was shot down. Club owner Harris Aldridge said he reviewed video footage and said the individual did, in fact, make a more toward the cop with a gun.

Some witnesses have different accounts of what happened. One said Smith was shot at from behind, without warning, and others said he may have been holding the gun, but there was another woman who shot in the air to break up the fighting.

Whatever happened, there are reports that after Smith was shot, the crowd of over 100 people threw bottles and rocks at the police. A Texas City PD spokesperson said there were no reported injuries.

As for Smith’s family, they say he was not a violent person and have some questions about the official police accounting of what happened.

You can watch reports by ABC13 and Click2Houston below: