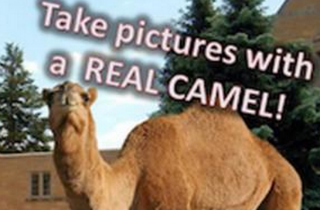 A “Hump Day” celebration at the University of St. Thomas in Minnesota has been canceled as a result of complaints about the potential “racism” in bringing a camel on campus.

The school’s Residence Hall Association (RHA) had planned the event as a celebration of the school year’s end — “Hump Day” is a common phrase for Wednesday, or for any difficult “hump” in a schedule. The RHA planned to bring in a live camel for “a petting zoo type of atmosphere.”

Campus Reform’s Kaitlyn Schallhorn reported that the event was abandoned after several students complained on Facebook about the costs (reportedly $500) of bringing the live animal to the school, as well as the potential for some to interpret the animal’s presence as racial insensitivity for Middle Eastern cultures.

In a statement on the RHA’s Facebook page, the group’s president wrote:

RHA’s goal in programming is to bring residents together in a fun and safe environment where all people can enjoy themselves. It appears however, this program is dividing people and would make for an uncomfortable and possibly unsafe environment for everyone attending or providing the program. As a result, RHA has decided to cancel the event.

In a statement to Campus Reform, a university spokesperson said: “St. Thomas is a Catholic university that welcomes students of all faiths and cultures.”

The right-leaning college news outlet also pointed out that the RHA hosted a “Southern Hospitality” event earlier this month, which allowed students to take turns riding a mechanical bull. The school also brought in a live reindeer last December.