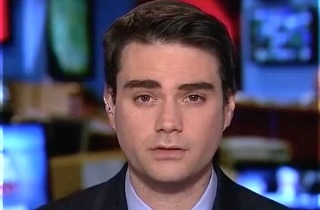 The president of California State University Los Angeles (CSULA) cancelled a Thursday speech by conservative pundit and Breitbart editor Ben Shapiro, citing the need for the “free exchange of ideas.”

Shapiro was set to speak before the campus chapter of Young America’s Foundation on “When Diversity Becomes a Problem.” Shapiro’s event caused consternation among some on campus, with liberal professor and students promising to protest the event.

CSULA president William Covino announced Monday that the event would not be allowed to continue without opposing speakers: “After careful consideration, I have decided that it will be best for our campus community if we reschedule Ben Shapiro’s appearance for a later date, so that we can arrange for him to appear as part of a group of speakers with differing viewpoints on diversity. Such an event will better represent our university’s dedication to the free exchange of ideas and the value of considering multiple viewpoints.”

But Shapiro and YAF point to the fact that left-wing activists like Cornel West and Angela Davis have been allowed to speak at student events without the need for a conservative response. “Did Covino go out of his way to ensure students attending any one of these events had the opportunity to ‘consider multiple viewpoints?'” YAF asks. “Has he ever canceled other events for failing to meet his standard of ‘inclusivity?’”

Shapiro’s responded in his trademark bombastic fashion, saying the event would go on regardless. “The campus fascists have taken over,” he said. “I pay taxes in the state of California; I’m paying for these whiny children to be indoctrinated by radical leftists.”

“For CSULA to pretend that they’re trying to provide balance isn’t just stupid, it’s insultingly stupid. I am the balance, and they’re too afraid to let me speak,” he said. “These aren’t diversity warriors. They’re jackbooted thugs.”