Want to Guzzle Chardonnay While You Own the Libs? This New Wine From a GOP Firm is For You

Want to Guzzle Chardonnay While You Own the Libs? This New Wine From a GOP Firm is For You 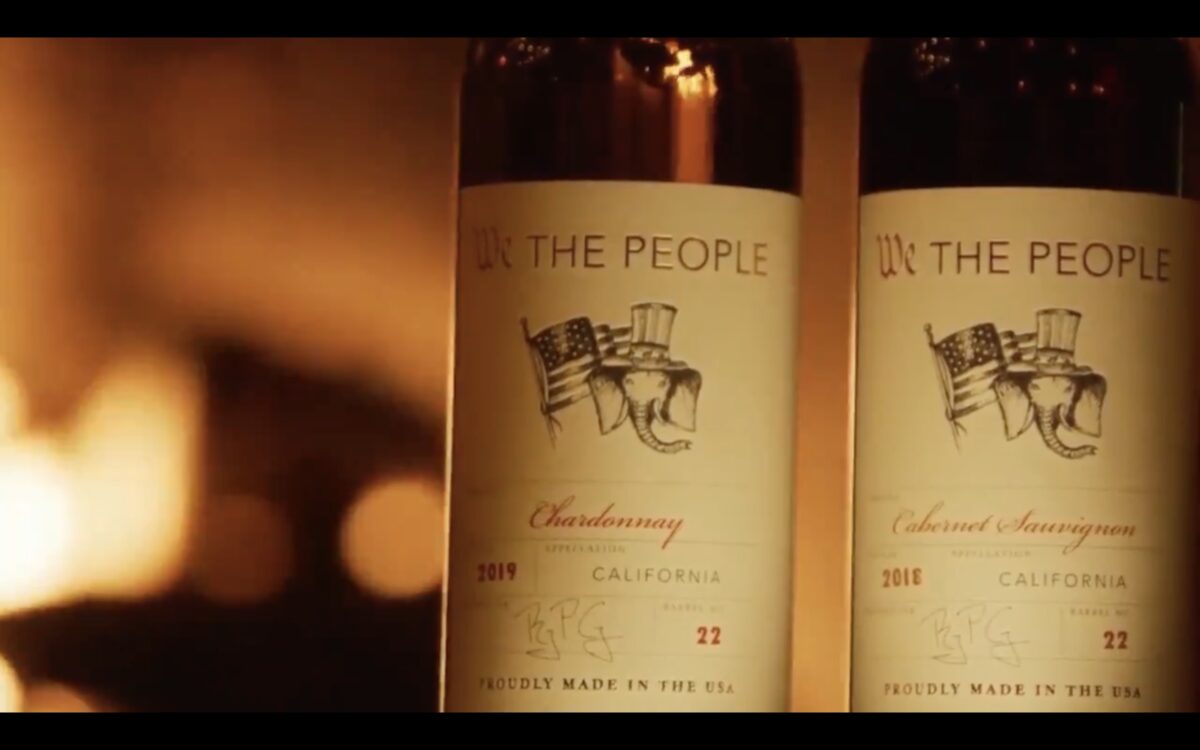 What do you look for when you select a wine? Is there a winery you’ve found to be reliably enjoyable? Do you get recommendations from friends or check the Wine Spectator score? Do you have a favorite varietal? Or perhaps you’re like Paul Giamatti’s character Miles Raymond in the 2004 film Sideways and you’re just “not drinking any f*cking Merlot“?

Or, maybe, you just need someone to stuff some mashed-up grapes into a bottle, as long as the winemaker has the right politics?

Well, then, if that’s your priority, We the People Wines is here for you.

The company describes themselves as “an American brand dedicated to Conservative values” with wine “made for Americans by Americans,” and they’ve created an ad along those themes that attracted a lot of attention on Twitter Friday.

The less-than-two-minute video ad marches through a parade of patriotic and conservative imagery as a speech by former President Ronald Reagan provides the narration. But it’s not all fireworks and inspiring views of the Statue of Liberty; the soundtrack is dark and ominous, and the video clips include rioters smashing store windows, feminists cheering for abortion, and other culture war battle themes that seem to have been plucked from some of former President Donald Trump’s 2020 campaign ads.

There is absolutely zero wine-related content at all until the last ten seconds of the ad, when two bottles of We the People Wine (a Chardonnay and a Cabernet Sauvignon) slowly come into focus, then fade into the slogan, “American Wine, American Values.”

The ad never mentions whether the wine is any good, and neither does the company website. Your friendly neighborhood Mediaite contributing editor has a disdain for Chardonnay that rivals Miles Raymond’s hatred of Merlot, but does enjoy a nice Cab. Still, with no information to go on other than a nearly-$30 purchase price and the grapes being identified as growing somewhere in California, it’s not very reassuring.

They also don’t specify which exact great American conservative causes their wine sales are supporting, a lack of transparency that isn’t usually a great sign for charitable efforts. Mediaite’s call to the company’s contact line went straight to voicemail.

A certain segment of the Twitter population, unsurprisingly, adored the video, merrily extolling the quality…of the ad, not the wine. Newsmax’s Rob Schmitt was a typical example, exhorting his followers to watch the ad “40 times” and “then buy a case.”

I know what I’m drinking in … *checks watch* … about 7 hours probably pic.twitter.com/6RXCzSaqDG

Those who do not learn from history are bound to repeat it. President Reagan was way ahead of his time… 🇺🇸🔥 https://t.co/1O7OdP5hJb

Not a huge wine fan, but gonna order me some just because of the message.👍🏻 https://t.co/KFXuJo5Fa3

.@WeThePeopleWine might have a future as a digital ad company. https://t.co/DS16SMvwJF

I’m not a wine guy, but this ad is cool enough that I’ll get the wine just to support this ad… https://t.co/U891vEEAWi

This advertisement was so good I just bought myself a few bottles of wine!

But hey, maybe we’re being unfairly cynical. Maybe it is great wine. Or maybe it’s just some f*cking Merlot.