When Will The Media Call The Important Races? Here’s When All The Polls Close 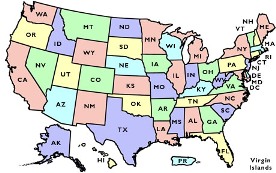 We’ve already laid out which of the media’s favorite candidates have a chance of actually winning today – but when will we find out if the media’s dreams come true?

Here’s a breakdown of when all the polls close, and which races to watch when the clock winds down.

• Races to watch – Can Alvin Greene pull of the upset?! No. But Rand Paul certainly can win in Kentucky.

• Races to watch – All eyes will be on Christine O’Donnell in Delaware, but three other big races are going on in this timeslot. Check out Florida, for Marco Rubio and Charlie Crist, Illinois for the fight between Alexi Giannoulias and Mark Kirk and Pennsylvania where Joe Sestak and Pat Toomey have battled down to the wire. Also, can Alan Grayson keep his seat?

• Races to watch – This should be fun. How many of the trio of Ben Quayle, Jan Brewer and, of course, Sharron Angle, pull off the GOP victories?

• Races to watch – Of course there’s the two California races: whether Carly Fiorina or Meg Whitman can win it for the GOP. But also, Washington looms, and the tight Senate race between Dino Rossi and incumbent Democrat Patty Murray.