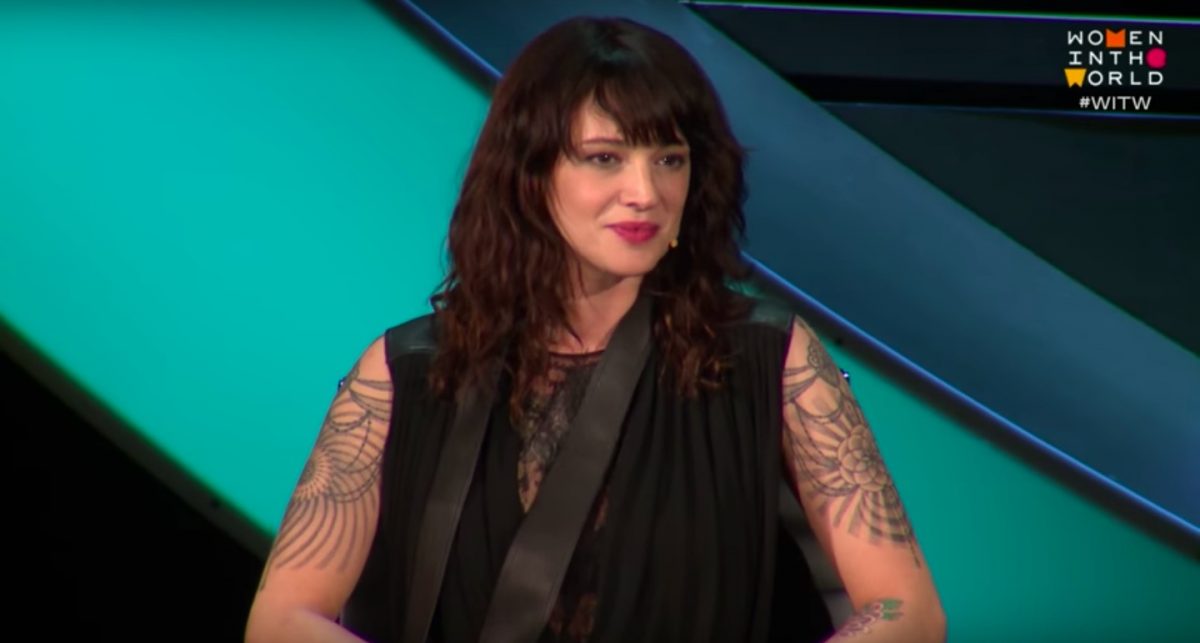 Asia Argento, girlfriend of famed chef Anthony Bourdain, star of CNN’s Parts Unknown, is a media force in her own right.

Bourdain, who died Friday in an apparent suicide, said to People of their relationship back in September:

“[Asia] has spent a lifetime in film since she was 9 years old. She comes from generations of filmmakers on both sides of the family. She’s a really accomplished director and writer along with being a longtime actress and a real sponge for culture, music, literature. So she’s enormously helpful and inspiring.”

“We both work a lot,” he added, “and we’re both away from home a lot so we’re both circus freaks in the same circus—or different circuses I guess.”

Argento is one of over 80 women who have accused Harvey Weinstein of sexual assault, claiming that he forcibly performed oral sex on her in 1997.

“I know he has crushed a lot of people before,” Argento told the New Yorker‘s Ronan Farrow in his bombshell expose that brought the Hollywood mogul’s career crashing down. “That’s why this story—in my case, it’s twenty years old, some of them are older—has never come out.”

Bourdain swiftly came to the support of his girlfriend on Twitter:

.@AsiaArgento I am proud and honored to know you. You just did the hardest thing in the world. https://t.co/i2Lsb6h5vU

The two first made their relationship Instagram official in May of last year:

.@AsiaArgento I am proud and honored to know you. You just did the hardest thing in the world. https://t.co/i2Lsb6h5vU

Argento has been one of the most outspoken champions of the Me Too movement since she accused Weinstein of sexual assault in the New Yorker piece. In a fiery speech at the Cannes Film Festival last month, she excoriated the producer and sexual misconduct in the industry, calling the festival Weinstein’s “hunting ground.”

Bourdain was found dead in his hotel room in France Friday from an apparent hanging. He was 61.