‘Who the F*ck Thinks This is Remotely Acceptable?’: Bleacher Report Deletes Tweet After Mark Cuban Complains

‘Who the F*ck Thinks This is Remotely Acceptable?’: Bleacher Report Deletes Tweet After Mark Cuban Complains 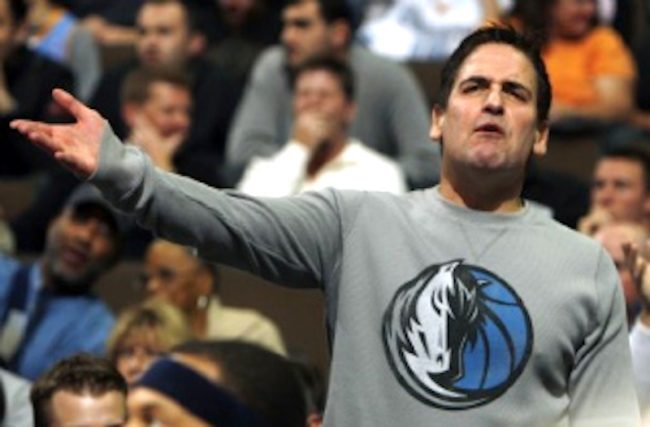 According to Deadspin (which screengrabbed all of the tweets in this exchange seen below), Bleacher Report tweeted out a video of Dallas Mavericks great Dirk Nowitzki shooting an airball with the caption, “DIRK FOREVER.” 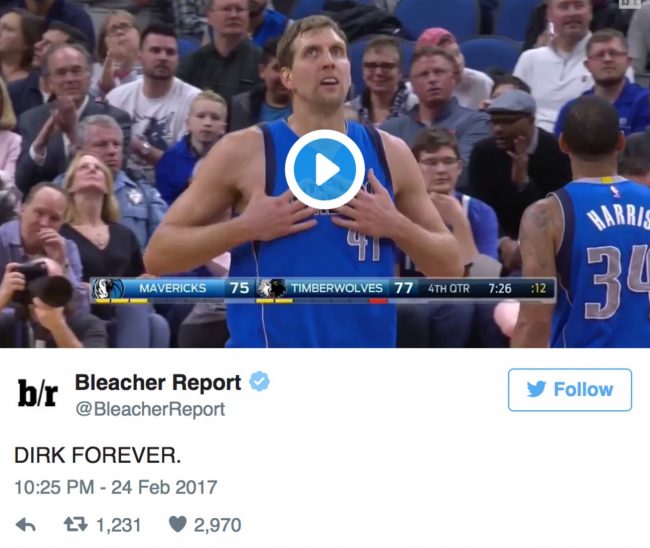 Cuban was furious about the tweet, and wrote an email to David Levy — the president of Turner, Bleacher Report’s parent company — and NBA commissioner Adam Silver. The email’s subject line was: “Are you fucking kidding me?” 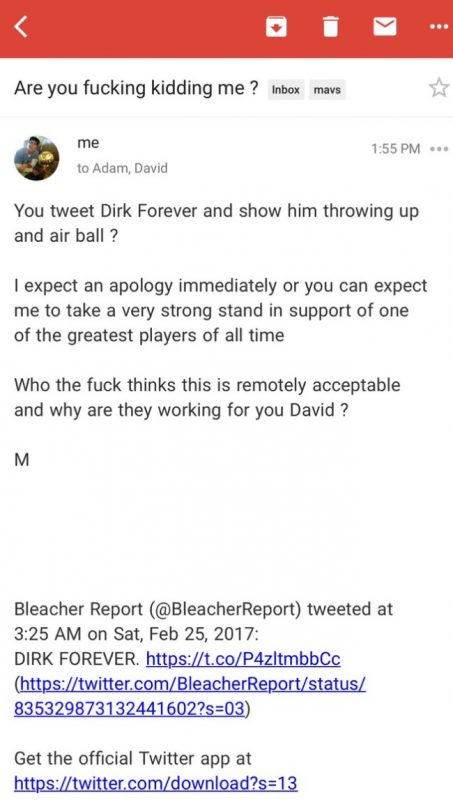 “I expect an apology immediately or you can expect me to take a very strong stand in support of one of the greatest players of all time.”

Levy responded but did not apologize. Cuban made good on his promise by tweeting the screenshots of his exchange with Levy. He directed the screenshots at Bleacher Report, adding. “Delete your account.” 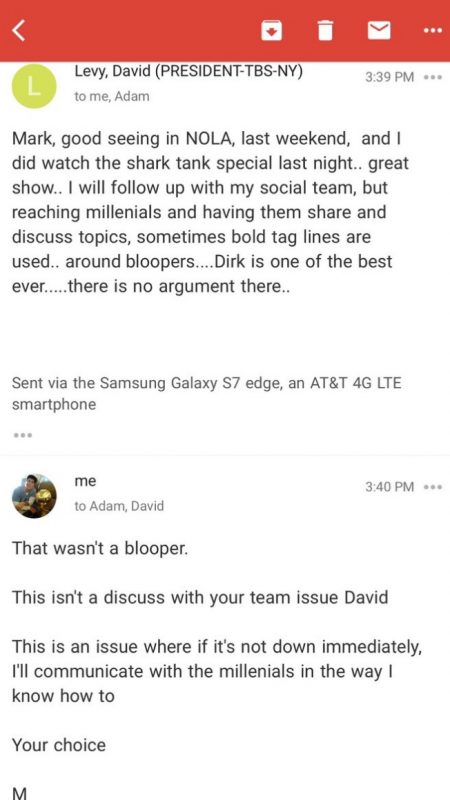 Earlier today we deleted a tweet about Dirk Nowitzki. Dirk is an NBA legend in our eyes and will be forever.

Meanwhile, as part of his ongoing criticism of President Donald Trump, Cuban recently appeared to take a shot at the president for what he deems to be a lack of media transparency and his use of the term “fake news.”

[screengrabs of Tweets via Deadspin, Cuban image via screengrab]