After Meeting with Matt Lauer, He Has a Compelling Story, But Is There a Fair Place to Tell It?
Opinion

After Meeting with Matt Lauer, He Has a Compelling Story, But Is There a Fair Place to Tell It? 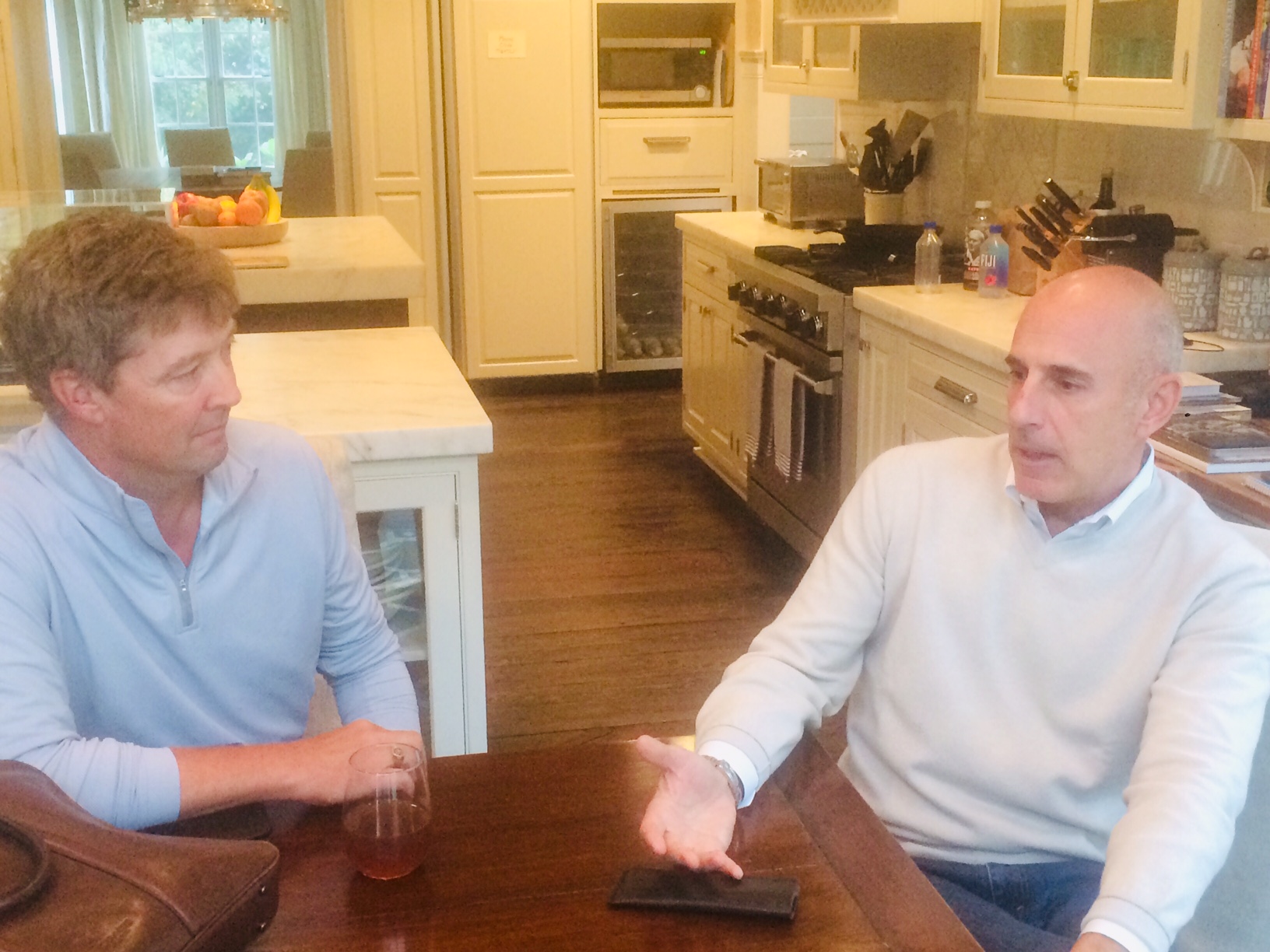 Tuesday, I took a red-eye flight from Los Angeles to New York so that I could spend most of the day speaking with former NBC News anchor Matt Lauer about his version of the events that resulted in his 2017 firing, and the news-making allegations of sexual assault against him in Ronan Farrow’s new book.

After I previously raised questions about Farrow’s reporting, and after hours on the phone negotiating with Lauer, our agreement was that I could characterize the meeting, and we would take a photo documenting it, though the contents of our conversation would not be on the record, at least not right now.

I have been involved in my share of high-profile media conversations in a strange career — including three times on-air against Lauer himself during his Today show days — but never has the nature of the interaction itself said more about the foundational story than this one. After all, Lauer, a huge celebrity who is being bombarded by requests from major media outlets eager for him to finally do his first post-firing interview, should have many media options in which he could be confident in their basic fairness.

In a world where the news media was not badly broken, Lauer would have viable alternatives to be able to tell his side in a manner that allowed for rudimentary objectivity. Partly due to a perfect storm of circumstances related to the fact that Lauer was a major media personality himself, however, this is simply not the case.

Going well beyond just the Matt Lauer scandal, it should gravely concern anyone who cares about media ethics and basic fairness that Lauer felt compelled to contact only me, a relatively minor media commentator and journalist who has battled with him on-air in the past, and who has somehow become known for defending public figures — when I think the evidence against them is lacking — whom the rest of the news media has universally attacked.

In the current media environment, especially post #MeToo, once an allegation in the realm of sexual abuse is levied against a man of perceived power (thus making almost any sexual encounter plausibly seen as “abuse” under the new rules) particularly if it is sanctified by a media darling like Farrow, the accused is now presumed to be guilty and any response will be held against them. Farrow himself has castigated Lauer’s written letter strongly denying the accusations in Farrow’s book, by saying that anyone in Lauer’s position should “call a feminist” (apparently as defined by someone who assumes their guilt) before saying anything.

Any prominent person accused today, especially if they happen to be plausibly innocent, now finds themselves in a Catch 22 situation. If they dare to criticize overtly unfair media coverage, or directly contradict their accuser, they face a media herd deeply invested in running them over under the guise of protecting the brave victims (whatever happened to the part where we try to make sure they are victims first?) and, perhaps more importantly to them, the original narrative into which the media so heavily bought.

Meanwhile, if they stay silent, they are presumed to be guilty. And, make no mistake, being the subject of a media firestorm makes it virtually impossible for any other person who is predisposed to support them to do so publicly (because that would take real bravery under today’s rules), thus further cementing this perception of guilt.

In this particular case, it is also important to be clear about the nature of these allegations. A strong argument can be made that prior to #MeToo effectively changing the guidelines (for better and worse) much of what Farrow has reported about Lauer would never have been allowed in a book by a reputable publisher. Frankly, in any other context, Farrow’s reporting on Lauer is shockingly lacking in basic journalistic standards and reads more like that of a tabloid publication.

He constantly relies on anonymous and conflicted sources along with direct quotations from long-past conversations and inexplicably fails to provide documentation for key texts and emails. He avoids inconvenient dates and timelines, thus preventing his readers from being able to discern a very different narrative than the one he tries to sell them. While anonymous sourcing is going to be necessary in many stories on sensitive topics, it is clear that Farrow has assumed Lauer’s guilt from the start and sees every retroactive sign of “smoke” — for instance, routinely conflating allegations of consensual infidelity, or even theoretically simply flirting, as evidence of sexual abuse — through the prism of his presumption that there just has to be a real “fire” of assault, and a colossal cover-up, there somewhere.

As the father of two young daughters, I actually find the standards he uses to evaluate female behavior to be infuriatingly misogynistic. The way he tells it, at least in the realm of sexual relationships, professional adult women are to be presumed to be child-like in their reactions to all events, while episodes which happened in 2014 are treated as if they occurred under the social norms of 1954.

There are two women named in the book who claim some form of clear sexual abuse by Lauer. Yet neither situation produced a criminal charge, or even a police investigation against Lauer, nor even a lawsuit, or a documented contemporaneous workplace allegation of any kind. That doesn’t mean it didn’t happen, but it does mean the journalist, in this case Farrow, should be digging deeper.

The big news hook in the book is that Brooke Nevils — the now former NBC producer whose three-year old complaint resulted in Lauer’s 2017 firing for having violated company policy regarding intra-office affairs — told Farrow that Lauer raped her (though, even in the book, she does not use that word in her direct description of the episode) in their first sexual encounter of what would end up being, in her words, a consensual and “transactional” three-month affair.

Nevils has never even given a public or recorded interview about her allegation. Instead, she has had Farrow — who somehow claims not to be an activist on this issue — act as her representative, with the rest of the media acting as if Farrow is unimpeachable, rather than someone who has troubling conflicts of interest at work in this case given his feud with NBC over the Harvey Weinstein reporting.

Farrow’s obvious conflicts are particularly significant given the nature of the quotes Nevils gave him for his book. Her use of qualifying phrases, including “in the sense that,” during her key statement that she feels the first sex act with Lauer was “nonconsensual,” raises questions as to how she arrived at that conclusion, as Farrow said to Lauer in person she came to it “in hindsight.”

To be clear, if Nevils said multiple times that she did not want to have anal sex and was too drunk to consent, that would be rape. But it is imperative to point out that according to NBC, and Farrow’s own reporting, she never used the word rape when she made the original complaint to NBC. While not dispositive, that would certainly matter in a court of law and should be relevant in assessing her claim journalistically (Farrow bends over backwards to explain why she didn’t think it was the appropriate description for what happened, even more than three years after the episode). She also came forward after the Harvey Weinstein scandal broke based on reporting by Farrow which NBC had rejected, thus putting the network in a precarious political position, and giving them an incentive to do things which Farrow chooses to see as signs of a conspiracy. 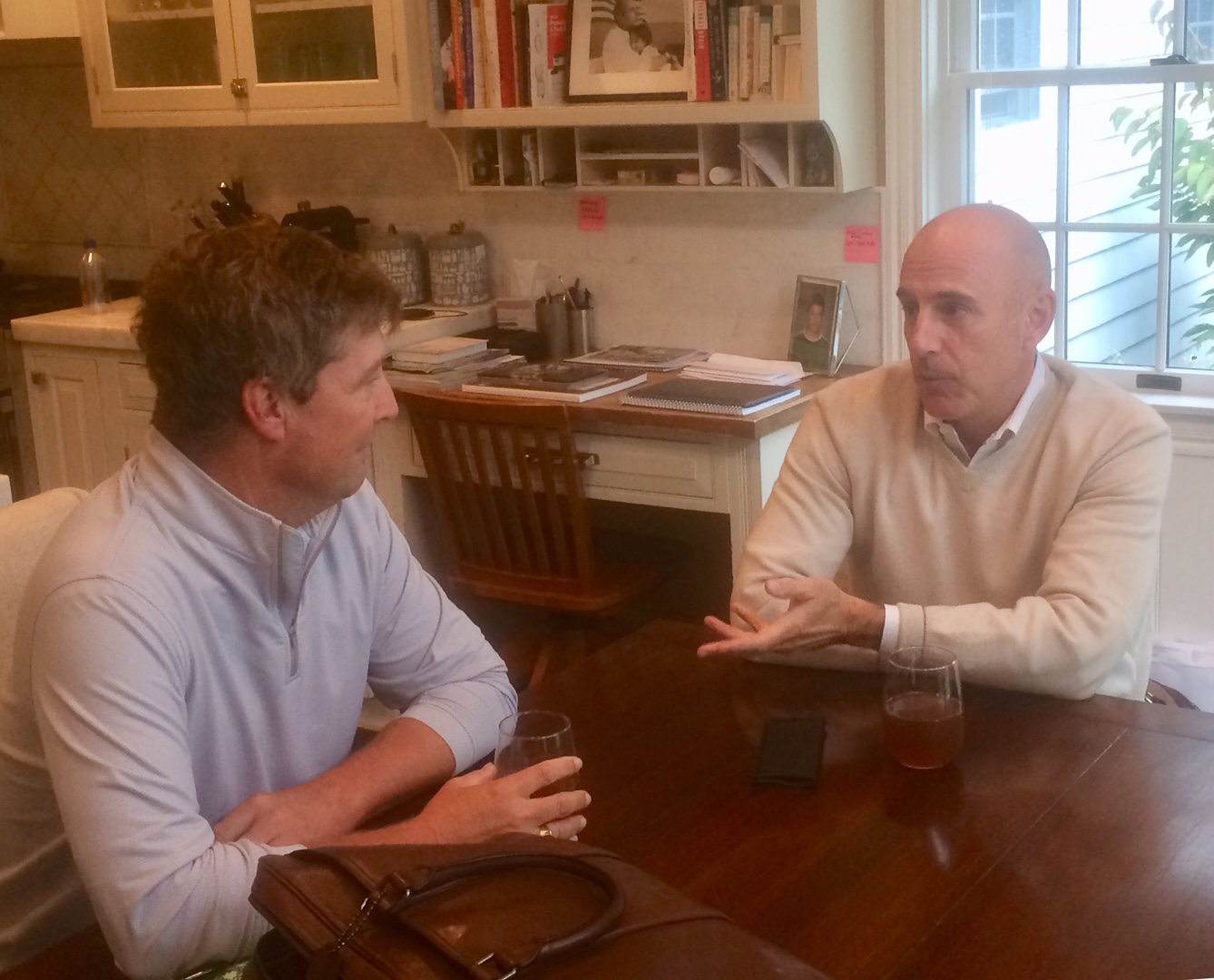 While Lauer wrote a detailed public letter with his side of the story, there is more to it which I am not currently at liberty to divulge. I will say that hearing him tell his perspective in detail is extremely persuasive, especially when I get him to react in real time to details in the book, of which he apparently had no previous knowledge. I have read the book carefully and seen all of Farrow’s public comments, and yet find Lauer’s version to be very credible, especially since he is willing to admit to making numerous serious mistakes, and because his overall narrative makes a lot of sense, especially once you understand the timeline and the clear motivations of all the players who involved here.

It is obviously impossible for me to know for sure what really happened between two adults, one of whom admits to being drunk during a sexual encounter at the 2014 Olympics, but now Lauer clearly wants to tell his version of events. It appears he was silent after his firing because he felt he got what he deserved, but now that he has been publicly accused of sexual assault, finds himself in a completely different situation. He just hasn’t figured out the best manner or timing in which to do it and I can understand that reluctance in this media environment. I also believe that his deep knowledge of how the news media really operates, combined with his frequent rollercoaster of emotions and concerns about protecting his children from further media coverage, has created significant “paralysis of analysis” within his response strategy, which I told him has been, from purely a PR prospective, too soft and dangerously naive.

He might now need to think way outside the box here and try to create a comparable circumstance to the only recent example where someone was able to survive a similar situation: the Brett Kavanaugh confirmation hearings. In other words, maybe have a small panel of journalists (with Lauer’s former on-air NBC colleagues turned critics that have since left the network, and maybe even Farrow himself invited to participate in some capacity) interview him live, letting the chips fall where they may.

Such an interview, which I have zero expectation will ever actually happen, would be an absolute must-watch event. It is also the only manner I can think of where every side of the story might be widely known, which I don’t believe is currently the case, and, as is increasing common in this era, may very well never be.