The Inconvenient Wokeness of Fiddler on the Roof
Opinion

The Inconvenient Wokeness of Fiddler on the Roof 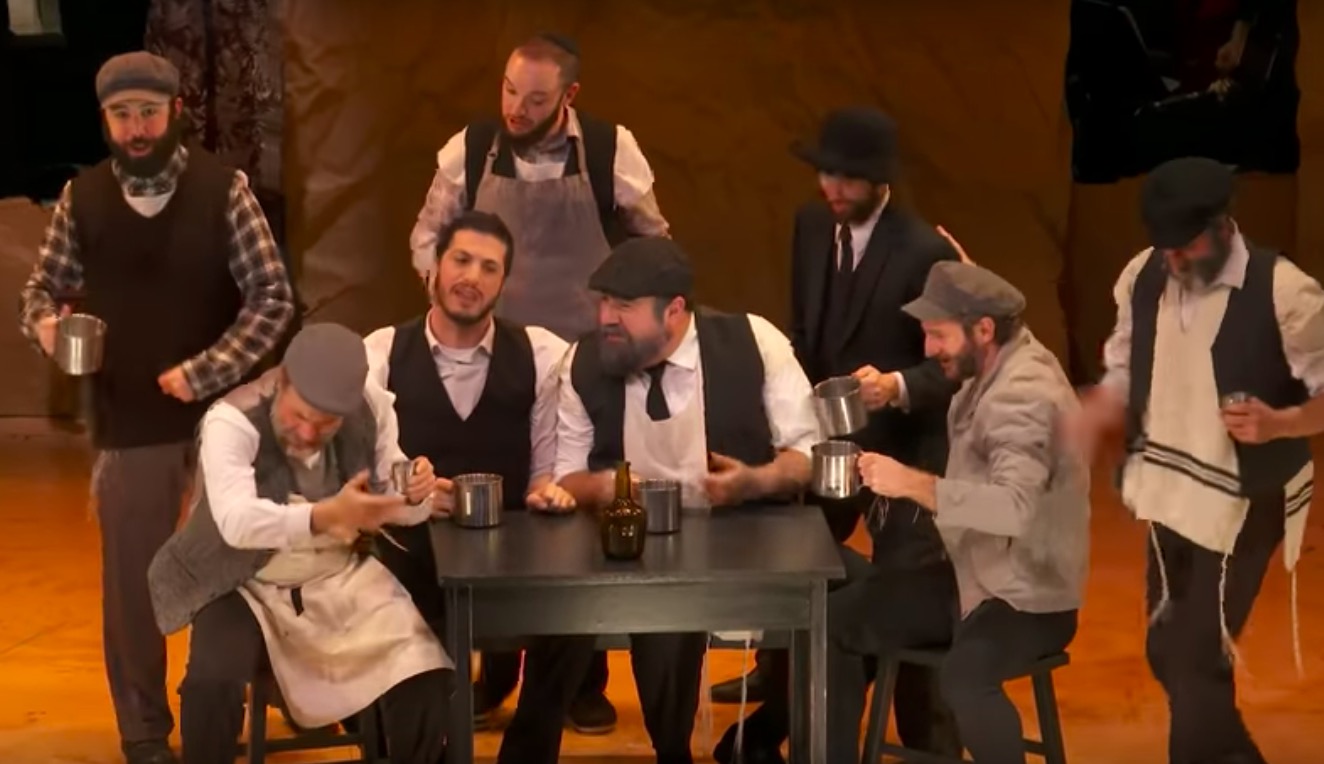 “Wonder of wonders, miracle of miracles” is more than just a lyric these days on Broadway. The National Yiddish Theatre Folksbiene’s absolutely flawless production of Fiddler on the Roof, with its stellar cast, lush orchestration, nimble choreography, and sleek minimalist take on the shtetls of yesteryear — all performed in Yiddish with a soulful musicality that makes the actual translation almost unnecessary — is also the source of a puzzling Broadway mystery, and an inconvenient truth.

Who are these actors supposed to be portraying, and what in the world are speaking?

Surely these are not Jews.

Well, yes, they are, but the confusion is somewhat understandable in this new morning of American “wokeness,” with its heightened awareness of social injustice and indictments of discrimination everywhere. In this universe of automatic virtue bestowed upon anyone with a history of oppression, Jews are, bizarrely, kicked off the team, their privileges suspended all because of their ostensible white privilege.

Indeed, they are now members of fine standing within the patrician white class, indistinguishable from WASPs, not a trace of Ellis Island on their finery and surely not among the steerage class. Jews are no different from upscale voyagers on the Mayflower. Guilty oppressors and not the powerlessly oppressed. Exploiters and never among the plundered. Murderers themselves and not the mass murdered. Craven colonizers of the Middle East, settlers with no ancestral homeland of their own. The cosmopolitan shysters of western civilization—pronounced guilty of sins that can never be atoned.

Are these actors imposters speaking a foreign tongue that isn’t Hebrew, performing in a Broadway musical that has conjured fictional Jews? They certainly do not in any way resemble how Jews are regarded on American college campuses and on the staffs of assorted intellectual magazines: as white Americans with no discernibly ethnic character, no claim to minority status, or, heaven forbid, historical sympathy. Deserving not even of the benefit of the doubt.

Yes, on Broadway, in the most foreign and feigned of tongues, we are being hoodwinked with Jews who are truly staged. How else to explain that they spend the duration of the play in abject, but good-natured poverty. And even more improbably, they are haunted by violent, riotous pogroms where weddings come to an abrupt end and entire Jewish villages are force into exile — only one of many such expulsions that they purportedly faced.

Aren’t Jews already “rich men”? What are they singing and complaining about?

In the mythologically intersectional safe space where some now live, the trigger happy environment where trigger warnings are in abundance and where microaggressions are maximized into war crimes, Fiddler on the Roof, in Yiddish no less (yet another thing Jews ended up losing along the way), is a historical anomaly if not outright falsehood. In today’s progressive precincts, Jews need not apply for special pleading or inclusion in anything where their very own politics of identity is to be counted and respected.

But here’s the thing: wokeness includes the experience of Jews living in the Diaspora, and in Israel. In both places, they have been persecuted minorities: whether facing the Christian anti-Semitism that led to the Holocaust in Europe, the Tsarist anti-Semitism that led to pogroms in the Pale of Settlement or the communist persecution of Jews in Soviet Russia, and, of course, the Islamic terrorism or Pan-Arab Jew-hatred that has plagued Israel since its existence in 1948 and for centuries before that — yes, when Jews lived in their historic ancestral, biblical homeland. Social injustice and systemic anti-Semitism has been endemic to the Jewish experience — no matter where they have lived.

Fiddler on the Roof is a reminder of how difficult it has historically been to put a secure roof over the heads of the Jewish people. Of course, any reasonably informed and intellectually honest person would not need to be reminded that Jews, who surely have thrived in America and elsewhere, also still remain, regionally, an ethnic minority everywhere.

Thane Rosenbaum is an author of many works of fiction and nonfiction, an essayist and a Distinguished Fellow at NYU School of Law, where he directs the Forum on Law, Culture & Society. He is the Legal Analyst for CBS News Radio. His forthcoming book is entitled, Saving Free Speech . . . From Itself, which will be published in March 2020. Visit: www.thanerosenbaum.com