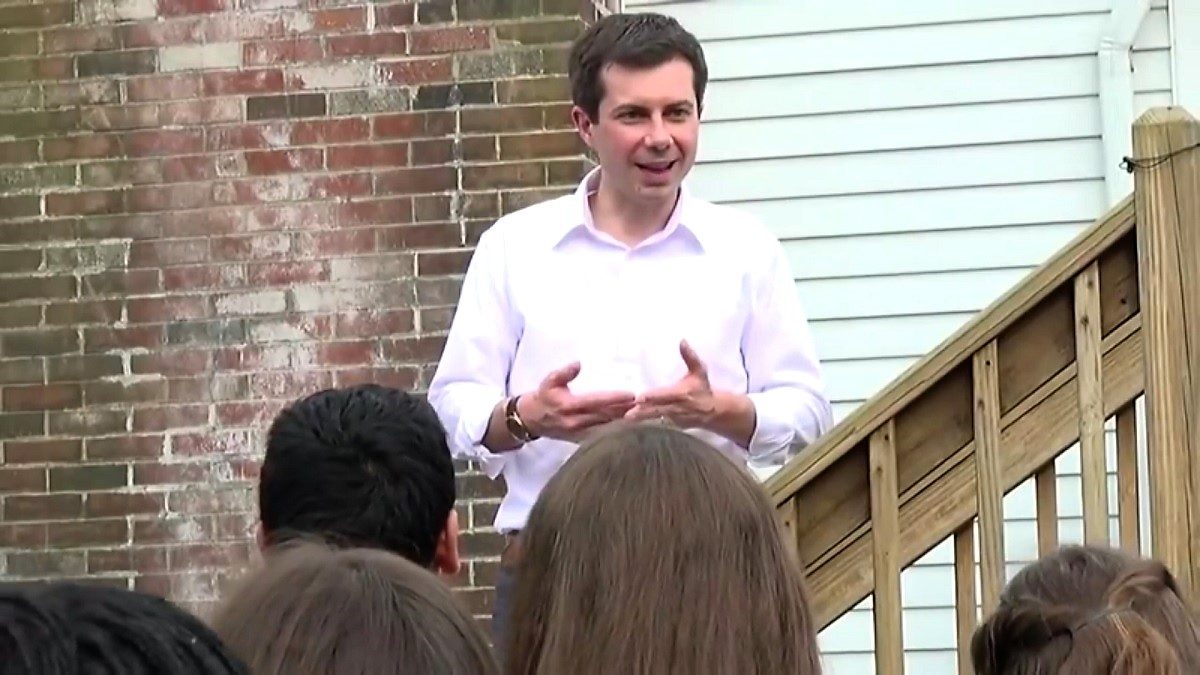 And he was not alone.

Fellow slime artist Jack Burkman also joined him to try to push the fake story that Buttigieg tried to assault a young man.

The Daily Beast reported on the incident, which in one case involved an uncorroborated social media post which was retracted hours later.

The source also provided the outlet with a recording of the conversation to corroborate his story.

A Republican source told The Daily Beast that lobbyist Jack Burkman and internet troll Jacob Wohl approached him last week to try to convince him to falsely accuse Buttigieg, the mayor of South Bend, Indiana, of engaging him sexually while he was too drunk to consent.

The source who spoke to The Daily Beast said Burkman and Wohl made clear that their goal was to kneecap Buttigieg’s momentum in the 2020 presidential race. The man asked to remain anonymous out of a concern that the resulting publicity might imperil his employment, and because he said Wohl and Burkman have a reputation for vindictiveness.

Daily Beast had an expert analyze the tape provided by the source. Hafiz Malik, an associate professor of electrical and computer engineering at the University of Michigan-Dearborn, determined it is “highly likely” the voice is Wohl’s.

In a more egregious attempt, a Medium article popped up written by someone named Hunter Kelly that likewise tried to push the fake sex assault narrative.

The post so far has gotten 1.2k claps and read, in part: “I was sexually assaulted by Mayor Pete Buttigieg. I didn’t know who he was back in February, only that he told me he was an important politician. When I started seeing him on television three weeks ago as a Presidential candidate, I thought about coming forward.”

It is also a forgery that was tweeted out by Wohl’s dad, who has a picture standing with Trump on his profile page and has over 47,000 followers. (The tweet has since been taken down).

The real Hunter Kelly told the Daily Beast that it was definitely not him and he would not make a false allegation like that.

He also said he was asked to come to DC to discuss politics from a gay Republican standpoint.

“It’s important for everyone to know that I was not sexually assaulted and would never falsely accuse anyone,” he wrote.

He added: “To keep it brief for now, I was approached by a political figure to come to DC to discuss political situations from the standpoint of a gay Republican. When I arrived they discussed Peter Buttigieg and started talking about how they would be working a campaign against him.”

He also told the Daily Beast this: “I went to bed and woke up to a fake Twitter @RealHunterKelly and an article that I in no way endorsed or wrote. I have since left and am working on a formal statement to give to everyone including the Buttigieg family.”

For the record, Wohl and Burkham’s asshattery is nothing new.

The bunglers also tried to pin a case of sexual assault on Special Counsel Robert Mueller.