‘Get the F*ck Out of Here!’: Bill de Blasio Gets Loudly Booed, Cursed at By Crowd at George Floyd Vigil in Brooklyn 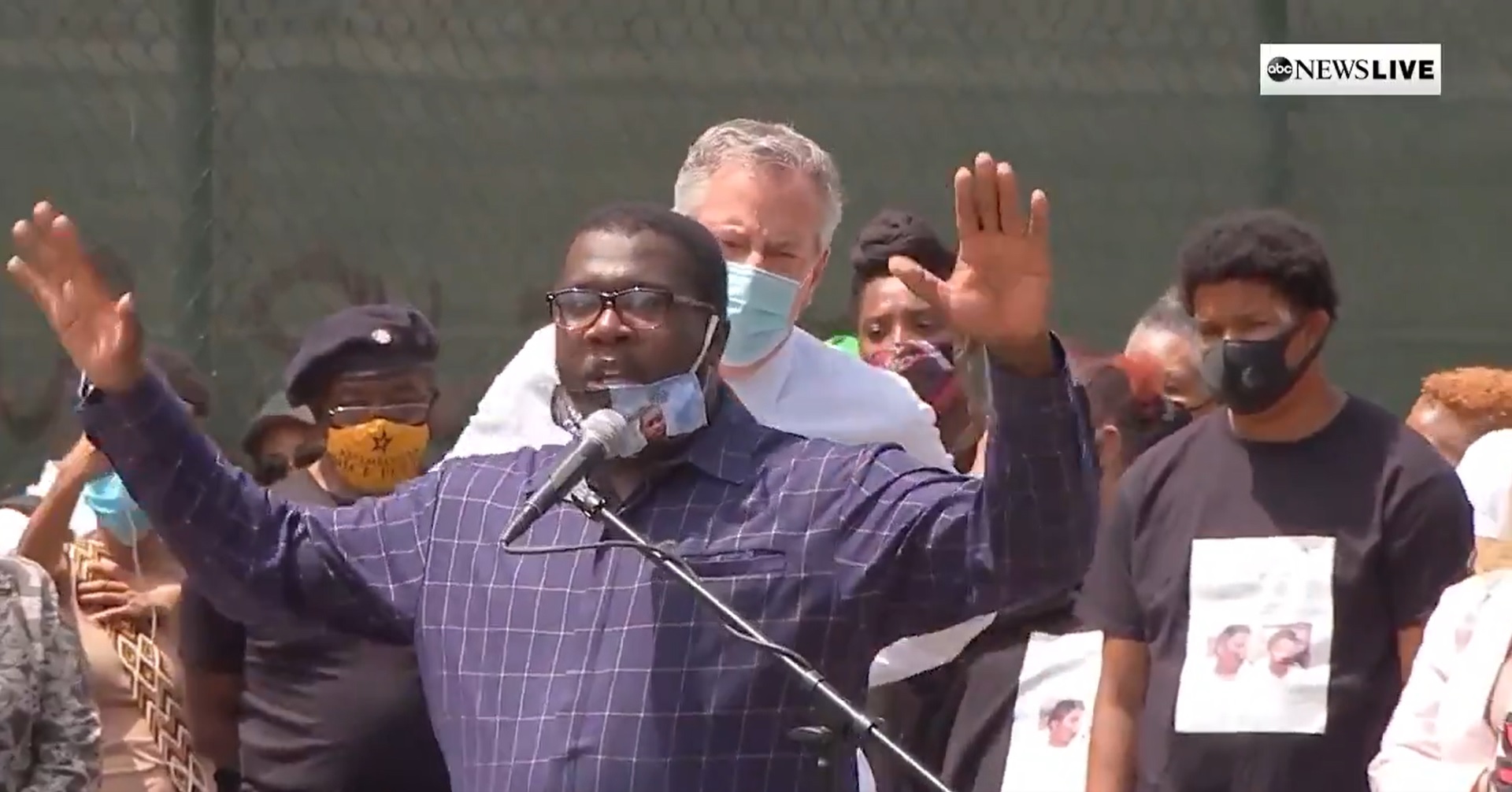 As de Blasio was introduced to the stage, the mayor was hit with a loud chorus of boos from the audience and screams of “get the fuck out of here!” as organizer Rev. Kevin McCall attempted to stop the negative response, calling on the crowd to treat de Blasio with “respect.”

de Blasio’s wife, New York City First Lady Chirlane McCray, then took over the microphone to deliver a speech, along with shouts of “Power to the people!” and “Black Lives Matter!” before de Blasio tried to speak himself and was again met with boos, curses, and thumbs down.

Rev. McCall shook his head at the crowd in another attempt to dissuade the jeers, but de Blasio’s speech was largely drowned out by protests for its duration.

“Let me tell you something, for all of us who have not walked a mile in the shoes of the black community or communities of color, for all of us who know white privilege, we need to do more because we don’t even fully recognize the daily pain that the racism in this society causes,” said de Blasio as the crowd booed and called for him to resign. “We need to do more. We will.”

de Blasio has gained the reputation of a very unpopular mayor who is equally disliked among New York Republicans as Democrats, and he has previously been booed at a wide variety of public appearances.

On Tuesday, New York Governor Andrew Cuomo called out de Blasio over his response to riots in the city, saying, “First, the NYPD and the mayor did not do their job last night. I believe that.”

Just one day later, on Wednesday, de Blasio was ridiculed for invoking John Lennon’s 1971 song Imagine in reference to the civil unrest during a press conference.