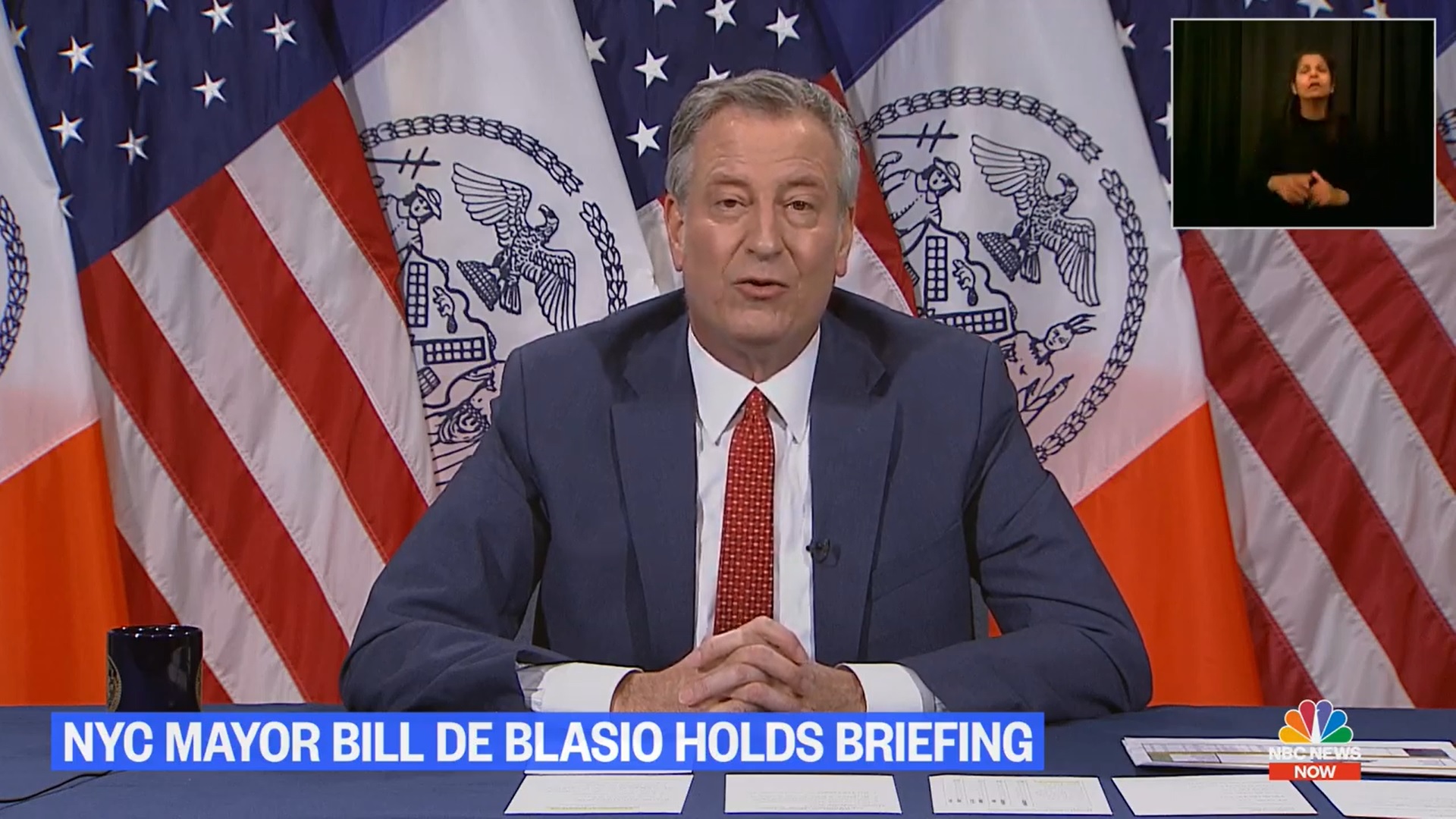 During a press conference, de Blasio said, “I don’t mean to make light of this, but I’m reminded of the song ‘Imagine’ by John Lennon.”

“We played it at my inauguration. I think everyone who hears that song in its fullness thinks about what about a world where people got along differently… About a world where we didn’t live with a lot of the restrictions that we live with now,” he continued. “But we’re not there yet.”

“We’re making a lot of progress, I truly believe,” de Blasio declared, adding, “I believe the protest movements themselves, the peaceful protest is the essence of how we make progress.”

Social media users soon ridiculed de Blasio’s Imagine reference, which is now seen by many as a cliched, out-of-touch track to invoke during times of hardship.

I am continually staggered by how embarrassing it is to have Bill de Blasio as the mayor of New York City https://t.co/tihoRdX0ZN

I’m reminded of the song “Somebody Come Get This Bitch” by Mya https://t.co/wZtbq8ygnv

I can’t believe how dumb this motherfucker is https://t.co/QCVEBooEKh

I imagine him resigning.

It’s easy if you try. https://t.co/phunMn8akv

what a parody of a mayor, god help us https://t.co/1Yb9hhyp1U

Boomers have been saying this same sentence to me since I was like 12 and you know what? I don’t think they take the song literally! https://t.co/3Bw17nvmJQ

for once i am legitimately speechless https://t.co/jkLt2GGo4Y

In March, actress Gal Gadot was mocked for a video of her and other celebrities — including Will Ferrell and Natalie Portman — singing the John Lennon song in response to the coronavirus pandemic