Jeanine Pirro Claims Democrats ‘Hijacked’ the House: They Want to ‘Maintain Power for Themselves’ 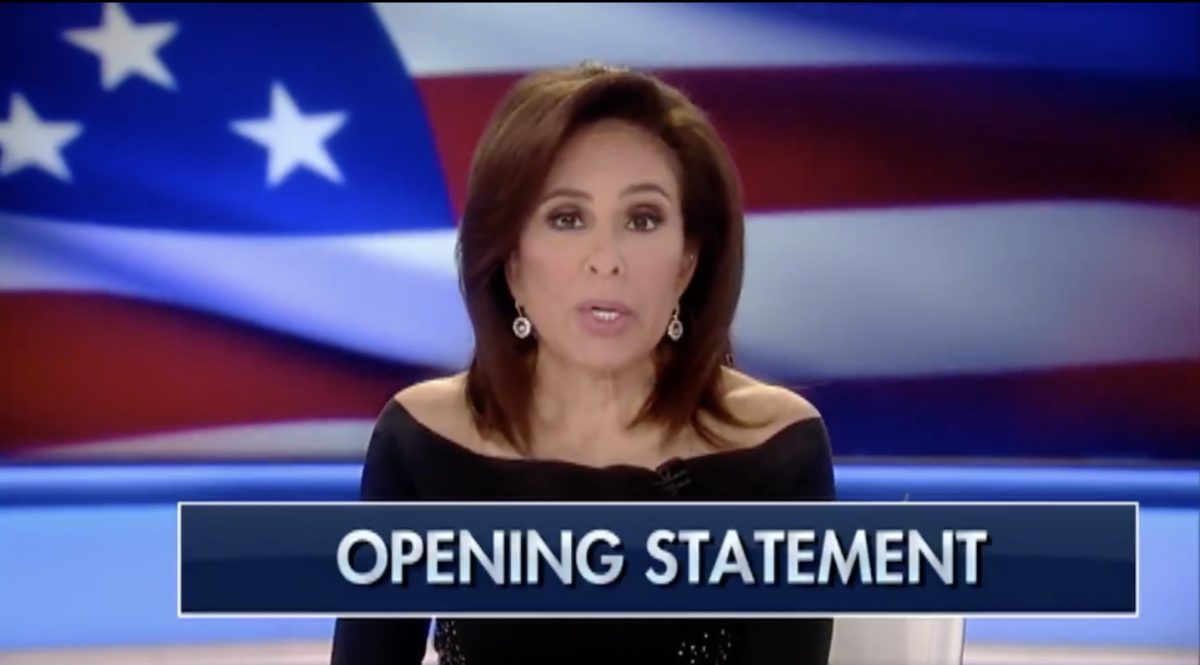 Jeanine Pirro opened up her show Saturday night by insisting that Democrats “hijacked” the House of Representatives to maintain power for themselves.

“They’ve stolen the House, the people’s House,” Pirro opined. “That hallowed chamber our forefathers created to represent the people as well as be closest to the people.”

Then she said this: “They’ve hijacked it to maintain power for themselves. They don’t work for or represent you.”

“These radicals who have forfeited their job representing you, continue to resist, create havoc and claim Constitutional crisis,” she said.

Pirro finally concluded, “God help us if we elect these same people and they stay in control of our country.”

We need a House of Representatives that represents the people in this great nation. Not people who want to remake America and maintain their own power. God help us. God help us if we elect these same people and they stay in control of our country. #OpeningStatement pic.twitter.com/yuht8kS681