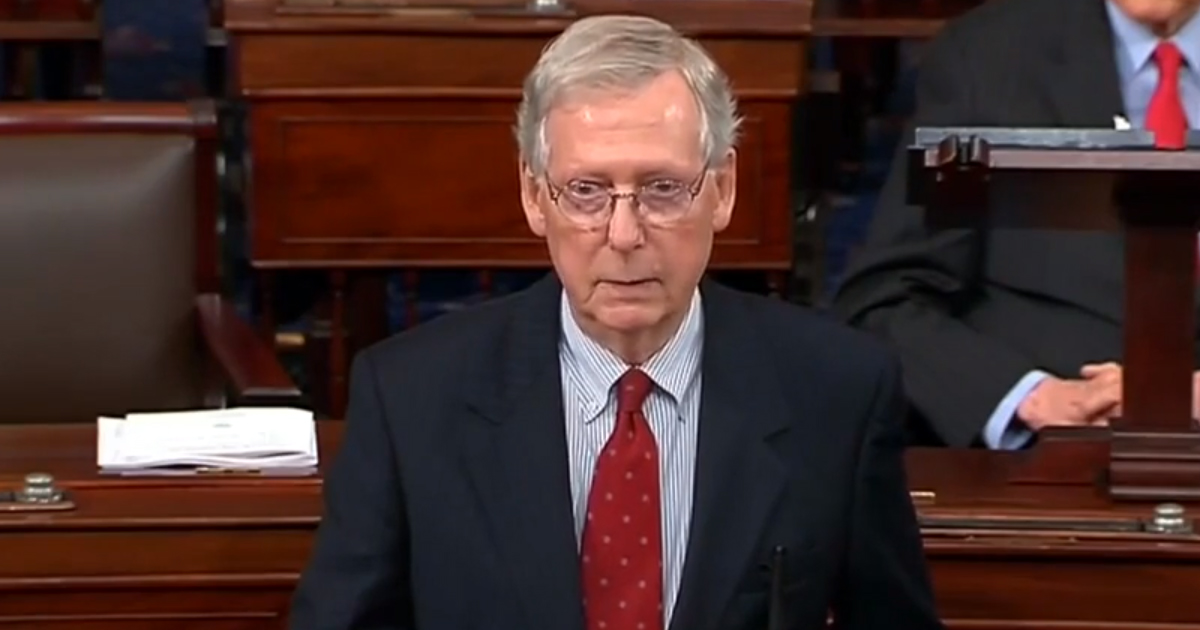 The congresswoman had been referring to an Instagram post in which seven young men donning “Team Mitch” shirts posed around a cutout of Ocasio-Cortez, pretending to kiss and choke the cutout. The caption of the post was “break me off a piece of that.”

Hey @senatemajldr – these young men look like they work for you.

Just wanted to clarify: are you paying for young men to practice groping & choking members of Congress w/ your payroll, or is this just the standard culture of #TeamMitch?

“Team Mitch in no way condones any aggressive, suggestive, or demeaning act toward life-sized cardboard cut outs of any gender in a manner similar to President Obama’s speechwriting staff several years ago,” said Kevin Golden, McConnell’s campaign manager, according to the Washington Post. Golden was referring to an image of Obama speechwriters who appeared to be kissing and groping a Sen. Hillary Clinton cut out in 2009.

“We’ve watched for  years as the far-left media look for every possible way to demonize, stereotype, and publicly castigate every young person who dares to get involved with Republican politics, Golden said. “These young men are not campaign staff, they’re high schoolers and it’s incredible that the national media has sought to once again paint a target on their backs rather than report real, and significant news in our country.”