Mattis Spills On Oval Office Clash With Trump Which Led to His Resignation: Get the Next Sec Def to ‘Lose to ISIS’ 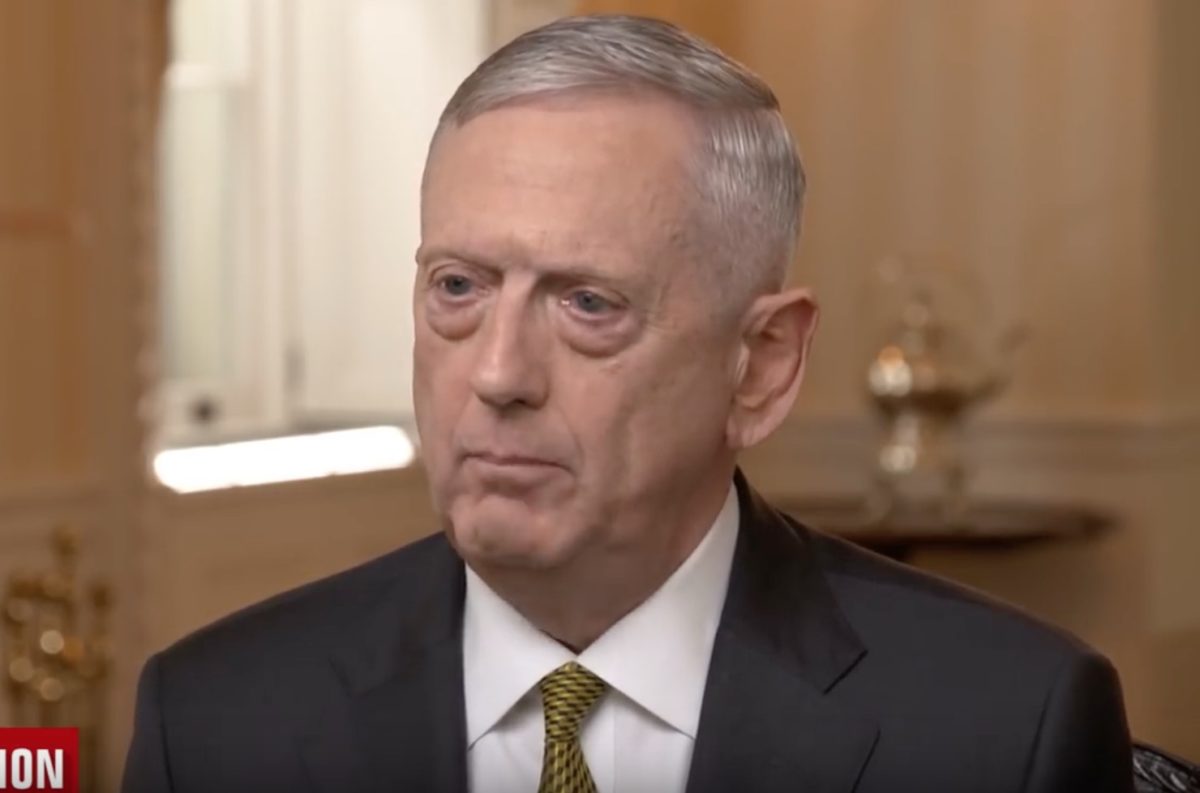 Former Secretary of Defense James Mattis gave a series of interviews to The Atlantic in which he shed some light on his resignation from President Donald Trump’s administration.

Mattis spoke to Atlantic editor Jeffrey Goldberg as part of a promotional tour for his new book Call Sign Chaos: Learning to Lead. Much of the focus ended up going towards Mattis’ disagreements with Trump on national security, which reached a boiling point when the president said America would withdraw all of its troops fighting ISIS in Syria.

Mattis told his friends about the numerous concerns he had about this at the time, so he called former White House chief of staff John Kelly to request a meeting with Trump. Here’s how that went, per The Atlantic:

The next day, he met Trump in the Oval Office. Mattis made his case for keeping troops in Syria. Trump rejected his arguments. Thirty minutes into the conversation, Mattis told the president, “You’re going to have to get the next secretary of defense to lose to ISIS. I’m not going to do it.” He handed Trump his resignation letter, a letter that would soon become one of the most famous documents of the Trump presidency thus far.

Other elements of Mattis’ interview touched on how he became isolated within the Trump administration, with aides and friends saying “he found the president to be of limited cognitive ability, and of generally dubious character.” For the most part, Mattis declined to directly criticize the president, citing a “duty of silence” he owed the administration. He warned that this will not be permanent, however, saying “There is a period in which I owe my silence. It’s not eternal. It’s not going to be forever.”

During this conversation, Mattis was not able to completely abstain from critiquing Trump. At one point, Goldberg asked Mattis for his thoughts about some of Trump’s most objectionable tweets, including this one where POTUS echoed North Korean tyrant Kim Jong-Un in order to swipe at former Vice President Joe Biden:

North Korea fired off some small weapons, which disturbed some of my people, and others, but not me. I have confidence that Chairman Kim will keep his promise to me, & also smiled when he called Swampman Joe Biden a low IQ individual, & worse. Perhaps that’s sending me a signal?

“Any Marine general or any other senior servant of the people of the United States would find that, to use a mild euphemism, counterproductive and beneath the dignity of the presidency,” Mattis responded.