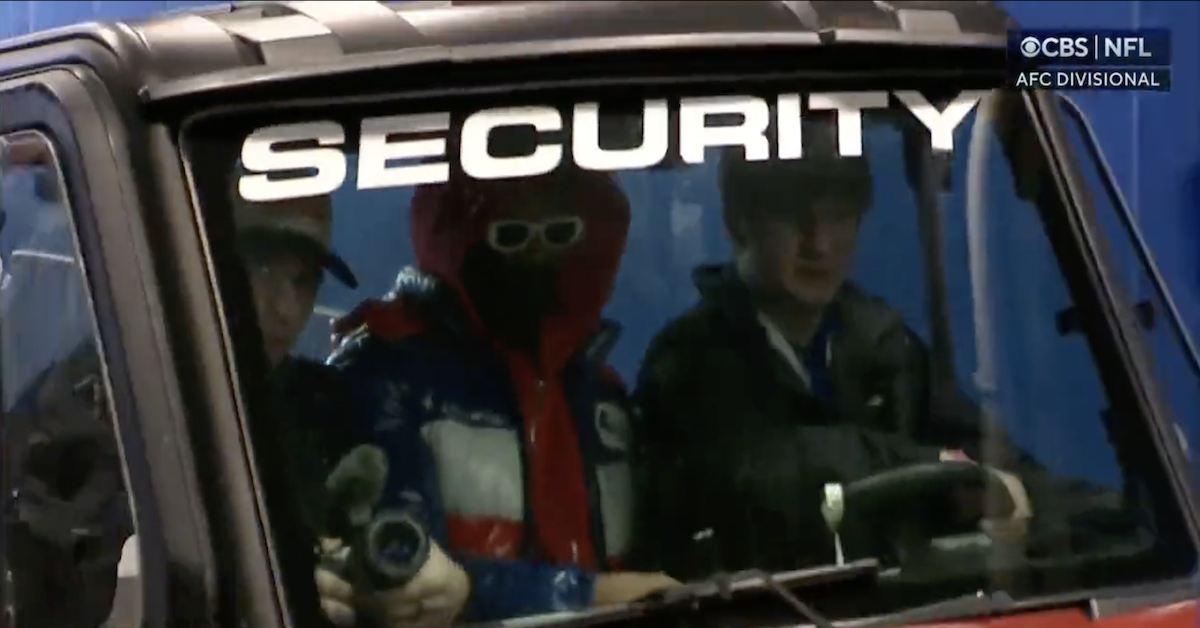 Conspiracy theorists found a new wild claim to froth over that involves NFL star Damar Hamlin being dead instead of an inspiring comeback story following his collapse from cardiac arrest during a game earlier in the month.

Hamlin appeared over the weekend at Highmark Stadium to view the game between his Buffalo Bills and the Cincinnati Bengals. In a viral clip, Hamlin could be seen flashing a heart symbol with his hands to the stadium. The video, where Hamlin can’t be seen clearly, had some noted conspiracy theorists on social media arguing the athlete actually died and has now been replaced by a body double.

Immediately after Hamlin’s collapse, some corners of social media chalked it up to the Covid-19 vaccine, despite no evidence, and now those arguing Hamlin has been replaced by a body double are primarily the same vaccine fanatics.

“The hot new antivax conspiracy theory is that Damar Hamlin secretly died from the vaccine, and the NFL is using a body double to fool fans into thinking he’s alive,” author Mike Rothschild tweeted on Tuesday, sharing a series of tweets from users pushing the theory that Hamlin is dead.

The hot new antivax conspiracy theory is that Damar Hamlin secretly died from the vaccine, and the NFL is using a body double to fool fans into thinking he's alive. pic.twitter.com/2FcpvURahl

No I don't think he's dead. There is, however, some very strange PR operation vibes surrounding him though.

Can we please stop with the Damar Hamlin conspiracy theories? He had heart attacks. We can all guess why. But we don’t have his medical charts and it’s very insensitive to speculate about someone being ‘dead’ or not dead or whatever. Just give the story a bit of time to play out.

“Can’t wait to show how thankful I am,” he said in a post thanking fans for their support.