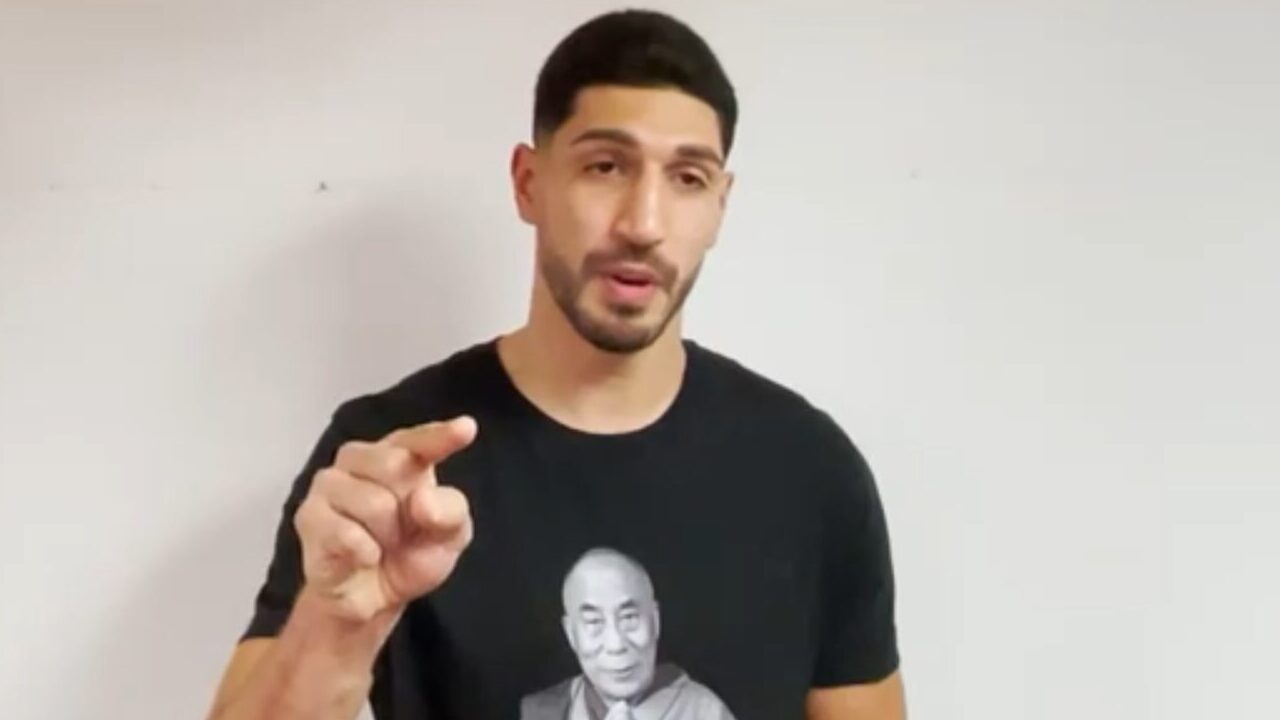 “My message to the Chinese government is free Tibet. I’m here to add my voice and speak out about what is happening in Tibet. Under the Chinese government’s brutal rule, Tibetan people’s basic rights and freedoms are nonexistent,” Kanter said in the video, before blasting Chinese president Xi Jinping as a “brutal dictator.”

“I say, shame on the Chinese government. The Chinese dictatorship is erasing Tibetan identity and culture,” Kanter added, blasting the “cultural genocide” in Tibet while wearing a shirt with a picture of the Dalai Lama.

Kanter shared the video hours before the Celtics began their 2021-22 regular season schedule. According to The New York Times, Celtics games have been pulled by Chinese media company Tencent in response to Kanter’s statement. Tencent is a rights partner of the NBA to stream the league’s games in China.

The company has already banned Philadelphia 76ers games from streaming in China, a decision meant to punish team president Daryl Morey for tweeting pro-Hong Kong support two years ago while he was general manager of the Houston Rockets.

Kanter has a history of activism and speaking out on geopolitical topics. The NBA veteran has been accused of terrorism by his home country of Turkey for criticizing president Recep Tayyip Erdoğan.

Kanter did not enter the Celtics game Wednesday night, but that likely has more to do with him being a back of the bench player on a veteran minimum contract than it does his statement on China.