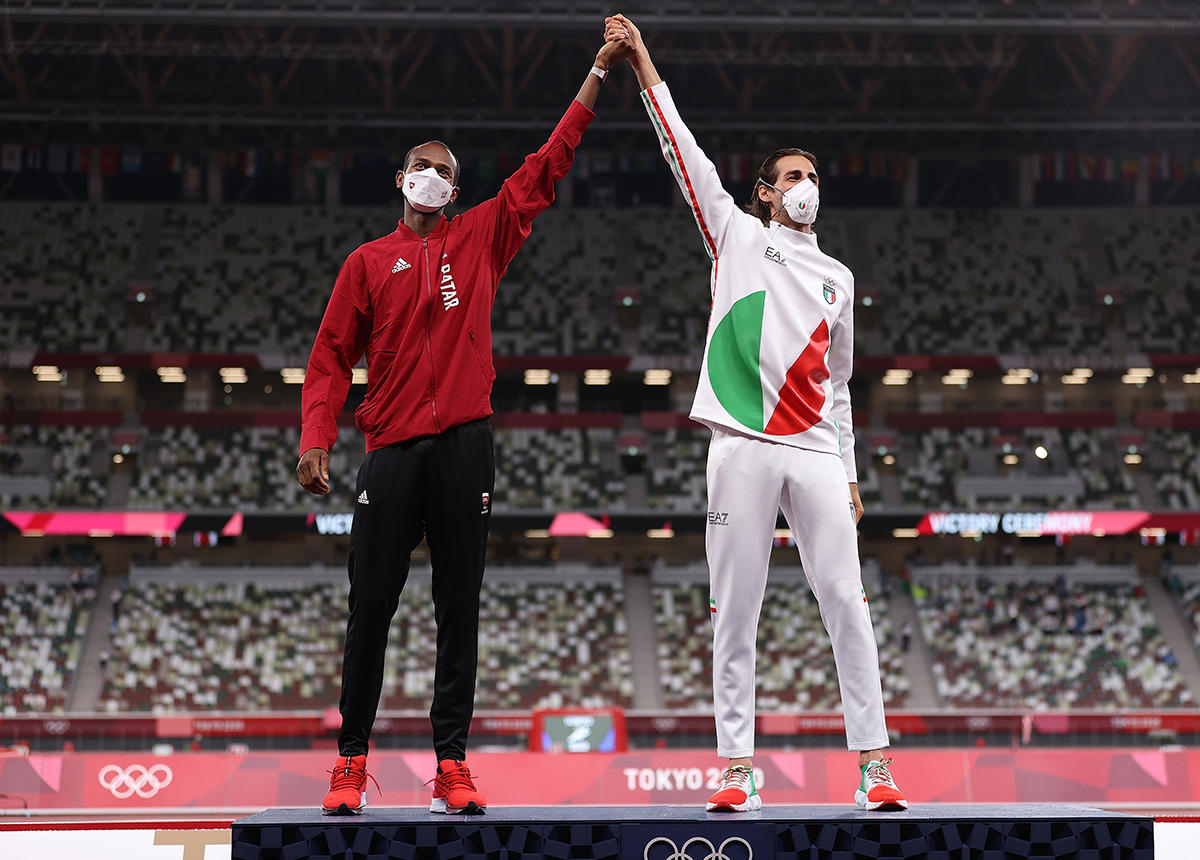 Olympic high jumpers Mutaz Essa Barshim of Qatar and Gianmarco Tamberi of Italy finished their event with a tie. In a video that has been watched hundreds of thousands of times on platforms around the world, the two can be seen deciding together not to go for a jump-off, but instead to share their Olympic Gold moment.

“The Olympic ideals of unity, sportsmanship on full display,” said CNN’s Coy Wire reporting the story on Monday. “Years of hard work, in this moment, shared.”

The images of the two world-class athletes embracing, and awarding one another the gold medal, make for a brilliant feel-good moment.

NBC’s tweeted clip, which is captioned, captures the instant of the decision.

When Mutaz Essa Barshim and Gianmarco Tamberi finished the men’s high jump competition tied, they could have gone to a jump-off to decide the winner.

Instead, they decided to share the gold, and their reaction is what we love about sports. #TokyoOlympics pic.twitter.com/ALTyeysC8t

Equally indelible are the photographs. 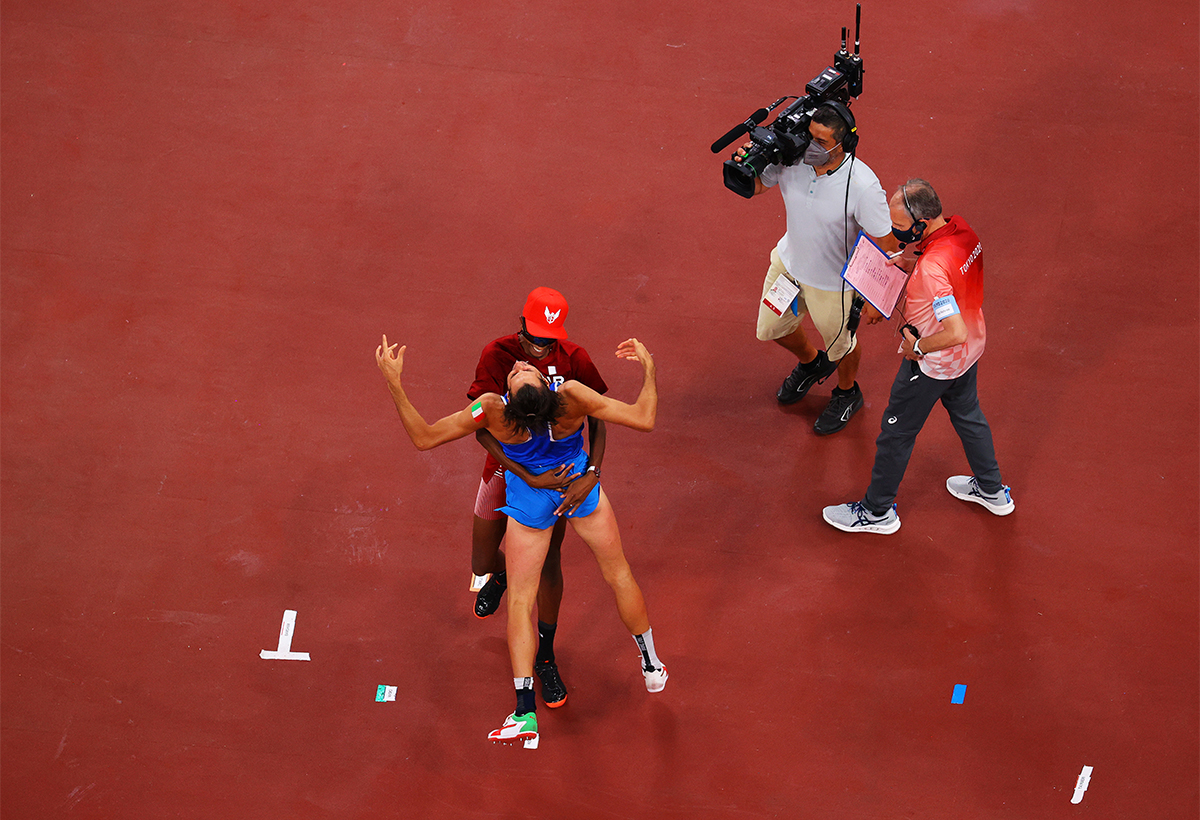 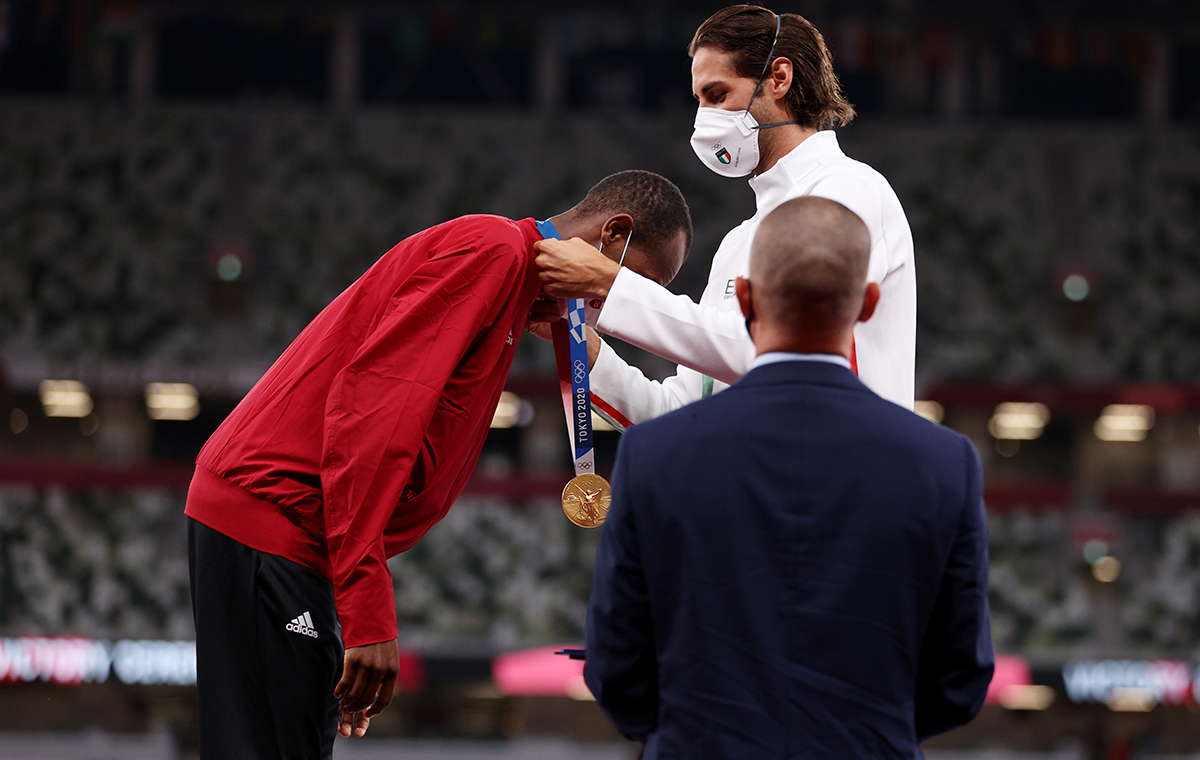 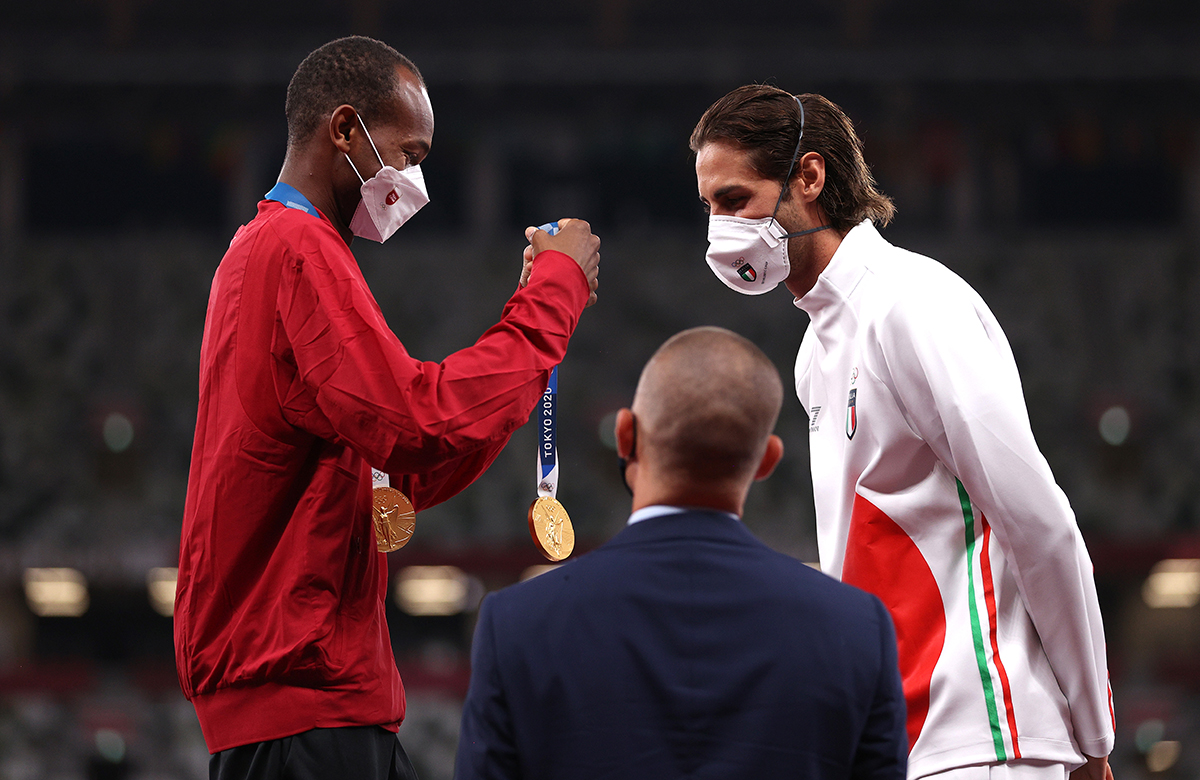 It is the first joint gold medal since the 1912 Olympics, CNN reports. Am impressive and memorable example of the ideals behind the Olympic games.