What Does Wag the Dog Mean with Trump's Attack on Iran?

Critics Accuse Trump of ‘Wag the Dog’ on Iran — Here’s Where They’re Getting the Term, and Why It’s Relevant 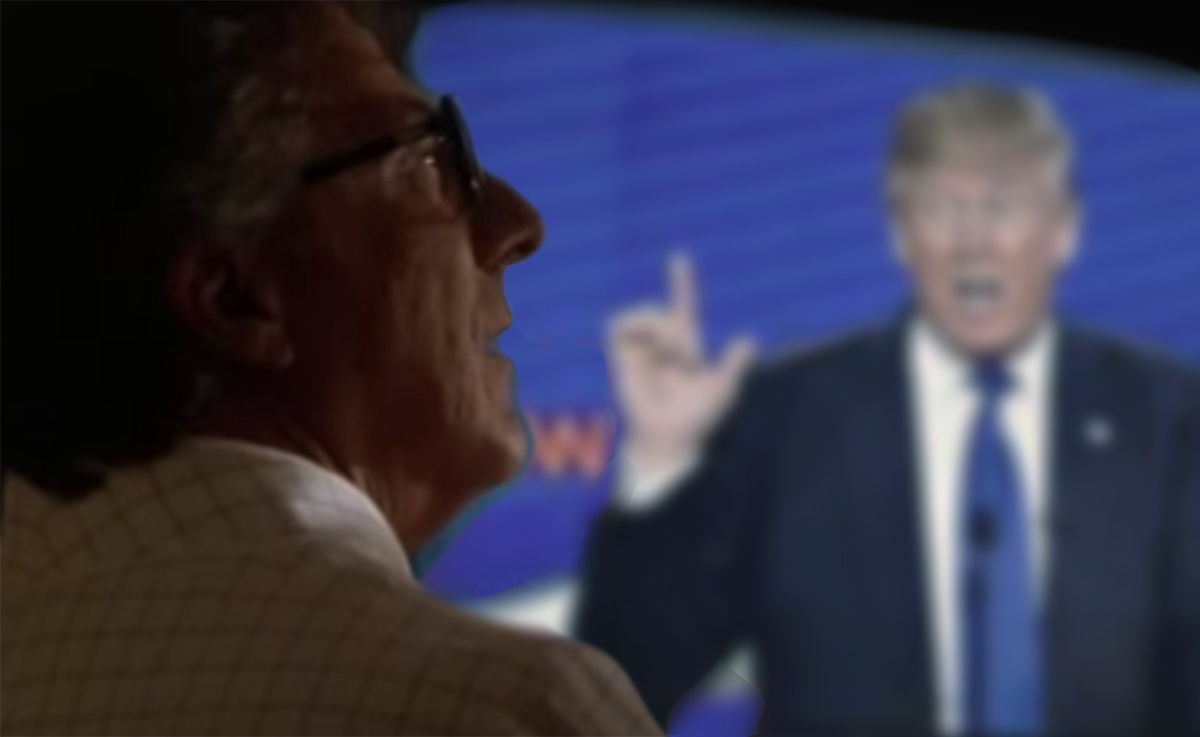 Within hours of reports that a US military drone strike killed Iranian Major General Qasam Soleimani, pundits and other observers started to question whether or not this was a “wag the dog” situation.

They’re not even bothering to be subtle about their wag-the-dog strategy. https://t.co/VXUiOcCPQe

Lives are in the balance & there are too many questions if this fight with Iran is a distraction from impeachment, a wag the dog theory! There are also conconcerns of trusting @realDonaldTrump & the administration after too many alternative facts, Boy who cried wolf!

As so many of us have feared, Wag The Dog, The Sequel is now playing.
Except, this is real life… https://t.co/Uvnq0ZEm3r

In case you were looking for direct evidence of Trump’s “wag the dog” motivations… https://t.co/CfuvfXnrH0

The danger of lying so often is that nothing is believable. More likely this is a Wag The Dog scenario to divert from evidence is 45’s impeachable offenses. https://t.co/pj3v6uM0xm

For people of a certain age, that is a clear and relatable reference to the move that came out in 1997, but for those unfamiliar with the darkly comedic and political satire, what follows is a brief explainer:

What is Wag the Dog?

Wag the Dog is a Warner Bros. released movie in 1997. The basic premise is simple: Very close to the general election, the sitting U.S. president is accused of some sort of sexual misconduct. What follows is a deeply cynical, strangely effective, and yet humorous public relations ploy to create an international political and military incident, designed entirely to distract public attention from the sexual misconduct that occurred in the White House.

The film starred Hollywood legends Dustin Hoffman and Robert De Niro who are ultimately tasked with producing fake war footage (purportedly set in Albania, but filmed in a studio) that successfully distract Americans’ attention away from the charges of presidential misconduct. Along the way, hijinks ensue.

How and why has this become a cultural reference?

In 1998 amid the impeachment proceedings of President Bill Clinton over his lying under oath over his own White House sexual misconduct with then-intern Monica Lewinsky, the US bombed an al-Shifa operated pharmaceutical plant — based in Sudan — that was suspected of being a source of chemical or biological weaponry that potentially endangered American lives home and abroad. It came up again in 1999 when American forces bombed parts of former Yugoslavia as an intervention in the Kosovo War.

Why are we hearing it so often now?

President Donald Trump has been impeached and the Senate trial to potentially remove him, despite current delays, will almost certainly start soon. The recent military actions that took the life of Soleimani and others seemed to many to come from out of the blue. Since the basic premise of Wag the Dog is to create a military distraction to shift attention away from a politically damaging story, many have drawn parallels of the “art imitates life” ilk.

Is there any proof, or even evidence that this is what happened within the Trump administration? No, not yet. But just as Bill Clinton was criticized by the right for what appeared to be deeply cynical military actions while he was under domestic political strife, many on the left (and moderates as well) have played the same card against Trump.

Watch the Wag the Dog trailer below: