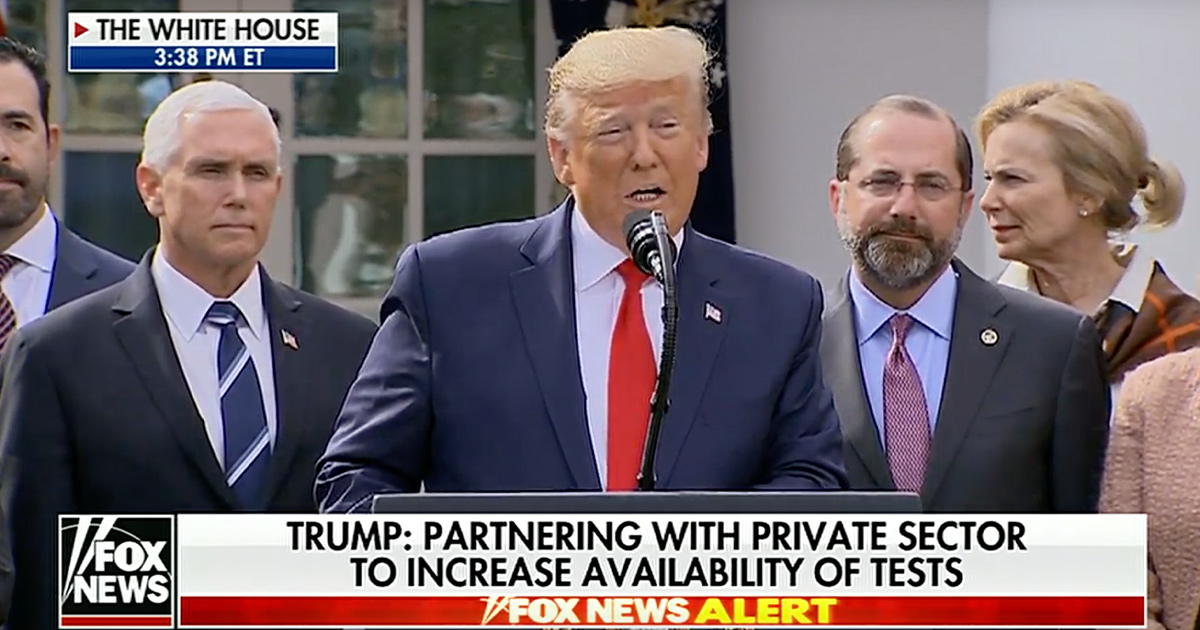 One of the more notable announcements from President Donald Trump’s Rose Garden address Friday on the coronavirus was the following detail about a website in development:

“I want to thank Google. Google is helping to develop a website that’s going to be very quickly done, unlike websites of the past, to determine whether a test is warranted and to facilitate testing at a nearby convenient location.”

He claimed that Google has “1700 engineers working on this right now.”

After the president’s announcement, Verily — a life sciences division of Alphabet — put out a statement saying they are working on a “tool” to help “triage individuals for Covid-19 testing” and that it is “in the early stages of development”:

Statement from Verily: "We are developing a tool to help triage individuals for Covid-19 testing. Verily is in the early stages of development, and planning to roll testing out in the Bay Area, with the hope of expanding more broadly over time.

“We appreciate the support of government officials and industry partners and thank the Google engineers who have volunteered to be part of this effort."

And there’s already been some question of whether the administration is on the same page as Google:

this does not sound like what we all heard from the president https://t.co/dbSuLqgl7a

This makes it sound like a far far FAR less developed project than the president sold at the presser. https://t.co/dcR9QKmsch

Carolyn Wang, communications lead for Verily, told The Verge that the “triage website” was initially only going to be made available to health care workers instead of the general public. Now that it has been announced the way it was, however, anybody will be able to visit it, she said. But the tool will only be able to direct people to “pilot sites” for testing in the Bay Area, though Wang says Verily hopes to expand it beyond California “over time.”

The triage site should be put live within a few days, and it will be hosted at Project Baseline, the Verily website where people can sign up to take part in clinical trials. That’s a seemingly odd place for the triage tool to live, but Wang says that Project Baseline already has certain necessary tools like an informed consent agreement, so it makes sense to put it there.

As for the 1,700 Google engineers Trump referenced in the press conference, that appears to be related to a call for volunteers Google and Alphabet CEO Sundar Pichai put out in a company-wide memo earlier this week.