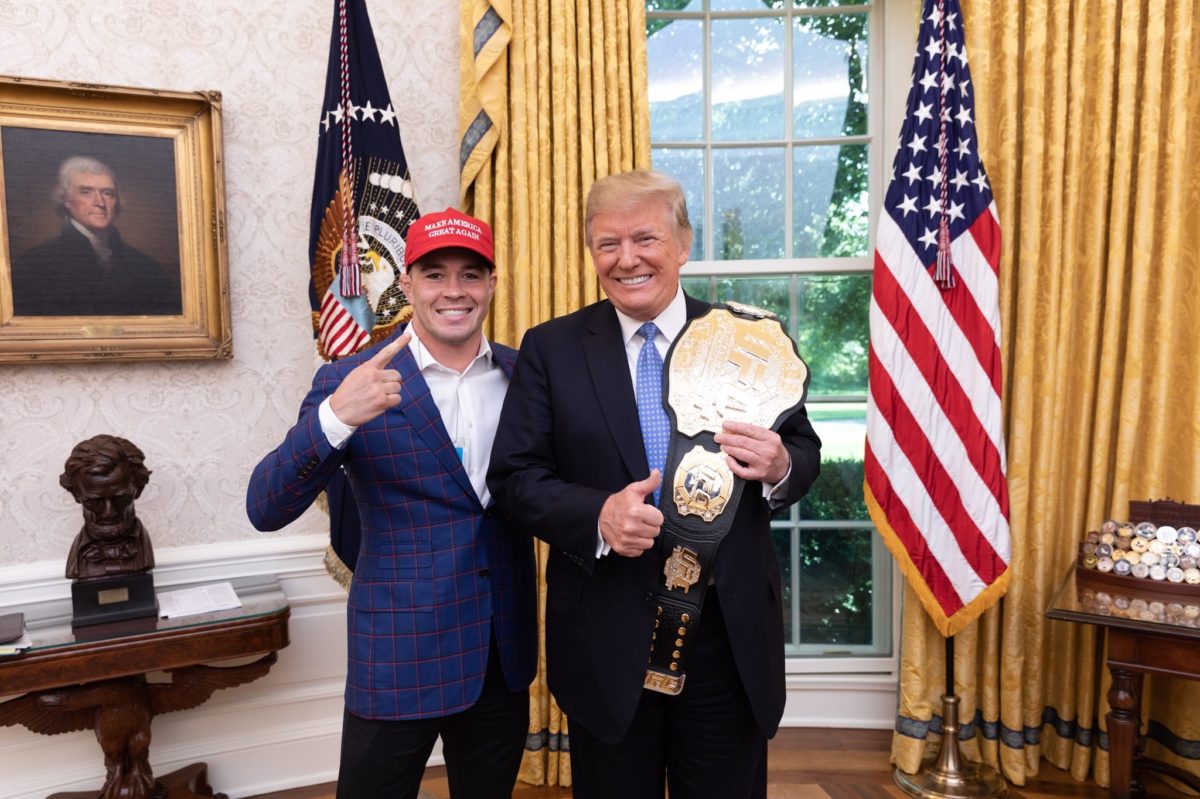 President Donald Trump mocked the far-left Antifa movement on Twitter, Thursday, in response to an MMA fighter offering to beat up the president’s enemies.

In response to a video of MMA fighter Bryce Mitchell offering to fight anyone on President Trump’s command following his UFC win on Sunday, President Trump declared, “ANTIFA will not be going after Bryce or @ColbyCovMMA anytime soon,” referencing MMA fighter and Trump supporter Colby Covington.

“They much prefer people who can’t fight back!” he continued.

ANTIFA will not be going after Bryce or @ColbyCovMMA anytime soon. They much prefer people who can’t fight back! https://t.co/s2M2RHkDsE

You know I can’t go into battle and defend my title without visiting @DonaldJTrumpJr & @EricTrump! #MAGA #KAG2020 #UFC245 ?-@BallengeeGroup pic.twitter.com/5RaEA6zGn6

.@DonaldJTrumpJr couldn’t have picked a better title for his new book! All I had to do was crack this bad boy open at my press conference and it melted every snowflake in NYC! Let’s “Trigger” every lib on the planet and make this a NYT best seller! https://t.co/QoGBusDuey #MAGA pic.twitter.com/O5ZSC97l3E