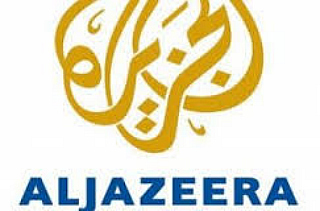 “The Artist Formerly Known as Current TV,” a.k.a. Al Jazeera America, has unveiled its programming lineup that will begin airing on August 20.

“We are all extremely excited about the depth and breadth of programming our initial schedule provides to our viewers,” the network’s interim CEO Ehab Al Shihabi said in a statement. “This is the type of journalism we committed to when we announced the creation of Al Jazeera America in January.”

Take a look at the schedule below, via Variety:

Inside Story provides analysis, background and context on the top stories of the day. More than just the news, each 30-minute episode goes beyond the headlines by analyzing the facts andproviding expert opinions to give viewers a frank assessment of the latest developments. Each episode features a panel of expert guests who examine and debate domestic and international topics ripped from the headlines.

The evening news will begin each night at 6:00 p.m. ET with an hour report on the day’s events and continuing reports on ongoing stories.

Real Money with Ali Velshi focuses on how financial news and the economy affect Americans. The program covers a variety of topics including employment, personal finance, healthcare and education. The 30-minute magazine-style program features a mix of field reports from business correspondents across the U.S., in-studio guests and interactive discussions with viewers.

Hosted by journalists Lisa Fletcher and Wajahat Ali, The Stream is uniquely formatted to allow viewers to interact with the hosts and guests during the program via Twitter, Facebook, Google+ Hangouts and Skype. The show relies heavily on online resources and social media tools to connect with people across the country and around the world. The show’s social media team enables viewers to engage 24-hours-a-day with new content, comments, user-generated videos and a variety of posts.

Hosted by Antonio Mora, Consider This is a weeknight current affairs talk show on issues important to American viewers. Each show will feature interviews with prominent newsmakers, panel discussions that provide insight through varied perspectives and involvement of the show’s audience using social media.

A second hour of news airs from 11:00 pm to midnight on the East Coast and 8:00 to 9:00 pm on the West Coast. It closes Al Jazeera America’s prime time schedule in the eastern part of the United States and opens it in the west.

Fault Lines goes beyond the headlines to investigate the impact of politics and policies on communities in the U.S. and abroad with dynamic, factual reporting. Examining stories that are often off the radar of mainstream news, Fault Lines puts a face to those who have fallen through the cracks, shines alight on their previously unheard voices and gives them a chance to tell their incredible stories. The half-hour documentary series examines such topics as gang violence in California, abuse of the elderly and the state of the U.S. housing market.

TechKnow is fast-paced, 30-minute show that explores how the latest scientific discoveries are changing our lives. TechKnow exposes the controversies and celebrates the accomplishments of human scientific and technological achievements from the U.S. and around the world. Segments are recorded in the field by a group of young, tech-savvy contributors with diverse backgrounds in science and technology. TechKnow’s on-air talent provides viewers with 24/7 access as the conversation continues online between airings using Twitter, Facebook, Google+ and Instagram.