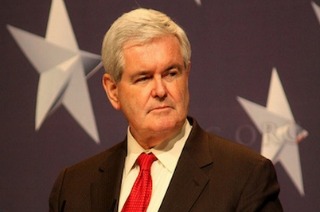 Former House Speaker and co-host of CNN’s Crossfire , Newt Gingrich, tore into the present state of the Republican Party and what the its most prominent voices chose to reward rather than condemn. In remarks for his upcoming book, Breakout, Gingrich savaged the GOP for rewarding “vicious” or “negative” attacks on Democrats over the advancement of a positive set of ideas.

Gingrich said that the GOP is on a course for failure with their opposition to the Affordable Care Act because, unlike in 1994 when the Republicans took control of the House for the first time in decades, the Republicans do not have “a positive alternative approach” to health care reform.

“I will bet you, for most of you, you go home in the next two weeks when your members of Congress are home, and you look them in the eye and you say, ‘What is your positive replacement for Obamacare?’ They will have zero answer,” Gingrich said.

RELATED: Anderson Cooper Hears Newt Gingrich Talk About Improving Prisons And Asks ‘Who Are You?’

When CNN asked Republican National Committee Chairman Reince Priebus to respond to Gingrich’s comments, he said that he did not agree with them. Priebus told CNN that the GOP has advanced a number of health care proposals.