Did President Obama Compare Himself To Gandhi And Mandela? 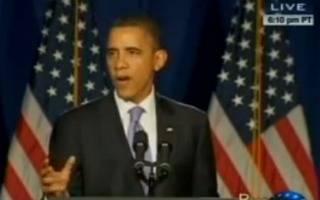 RELATED: Obama Responds To ‘No War With Iran’ Heckler: ‘You’re Jumping The Gun A Little Bit, There’

The civil rights movement was hard. Winning the vote for women was hard. Making sure that workers had some basic protections was hard.

Now, some, including Real Clear Politics, think the President is comparing himself to Gandhi and Nelson Mandela here.

I’d venture to say that Obama is likening a collective “us” to activists like Gandhi and Mandela. After all, he mentions that “it takes more than a single president” and more than any single individual.

What do you think, you perfect, Gandhi-like angels, you? Have a look and weigh in: