Donald Trump Says That Yes, He Knows What It’s Like To Be Black
Opinion
VIDEO

Donald Trump Says That Yes, He Knows What It’s Like To Be Black 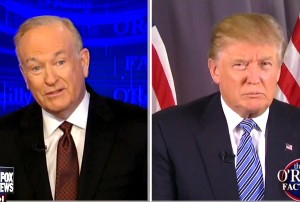 Presumptive Republican presidential nominee Donald Trump is nothing if not amazing, and on Tuesday night’s The O’Reilly Factor, the real estate mogul truly put to the test everyone in America’s ability to even. In a discussion of the black experience with noted expert Bill O’Reilly, Trump drew parallels between his own experience as a candidate for president and the type of injustices that many black Americans still go through.

O’REILLY: Yeah, but that’s not going to lift anybody’s spirits.

TRUMP: We have to fight.

O’REILLY: If you go out and say the system is rigged, that’s not going to lift their spirits.

TRUMP: No, what I’m saying they are not necessarily wrong. there are certain people where unfortunately that comes into play. i’m not saying that. i can relate it really very much to myself.

Now, before you start your #TrumpSoBlack hashtag, there is some empirical data to back up Trump’d assertion. On his 2015 “List of People We Don’t F*ch With Anymore,” writer Michael Harriot points out that Trump once enjoyed some cachet among black people, before his overtly racist presidential campaign began:

This list is not just limited to Black people. We used to love Donald Trump, because, like many people we fuck with, The Donald likes gaudy gold shit, owns a lot of flashy cars while living in an apartment, and he loves to brag about how he’s getting money and bad bitches. Now that I think about it — Trump might be a gangster rapper. Anyway, Donald Trump ran for President and went full Pat Buchanan on us. The truth is, Black people are used to finding out their white friend is secretly racist, but Trump went from walling out and rounding up Mexicans to registering Muslims to okaying the beating of a Black Lives Matter protester. Say what you will about the Orange Fuhrer’s lack of a plan for immigration reform, but his racism is comprehensive as hell. We just can’t fuck with him anymore.

You may proceed with your hashtags.