Edward Snowden: Trump Is a Man Informed by Transactionalism
video

Edward Snowden: Trump Strikes Me as Someone Who’s ‘Never Really Known a Love That He Hasn’t Had to Pay For’ 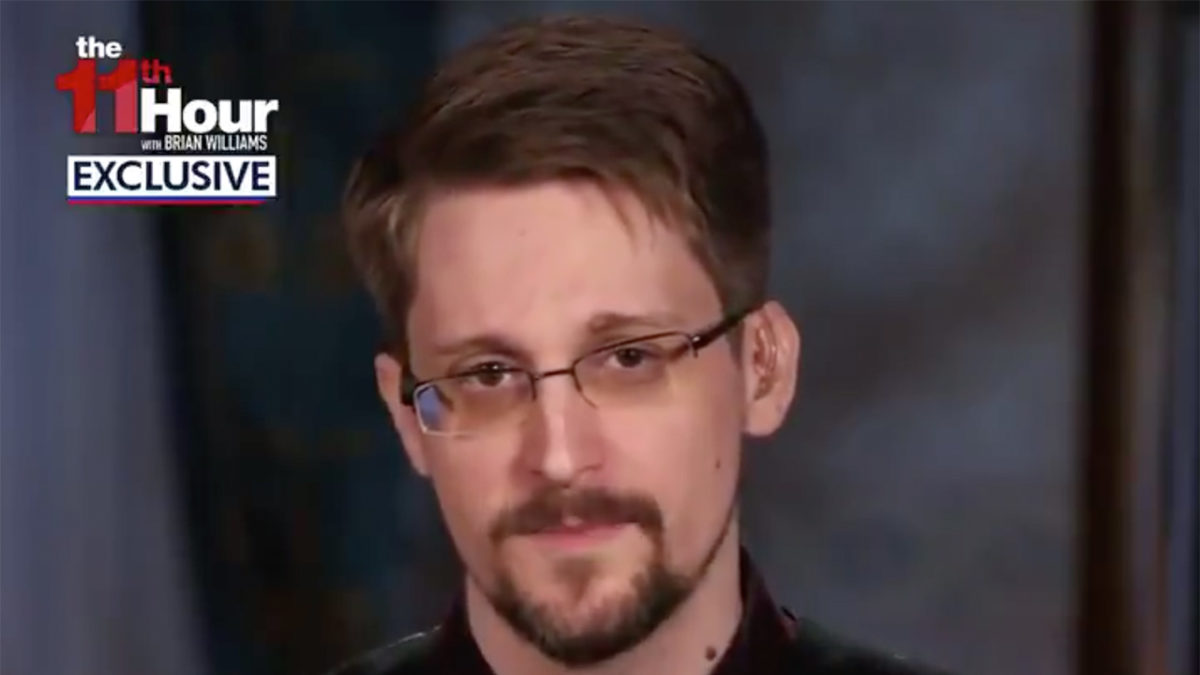 Edward Snowden gave an interview to MSNBC’s Brian Williams ahead of the release of his new book Permanent Record and he talked about the secrets he revealed and even weighed in on President Donald Trump.

What does Edward @Snowden think of Pres. Trump? See him discuss that and much more — including your cell phone and your privacy — ahead of the release of his memoir "Permanent Record." Catch this #11thHour exclusive at 11PM ET only on @MSNBC.https://t.co/Y6kvXi4snr#11MSNBC pic.twitter.com/Petg0xXtMh

The interview airs in full tonight, but in a clip released by MSNBC this afternoon, Snowden had this to say about the president:

“I think he’s actually quite simple to understand. Donald Trump strikes me like nothing so much as a man who has never really known a love that he hasn’t had to pay for. And so everything that he does is informed by a kind of transactionalism. I think and what he’s actually looking for is simply for people to like him, unfortunately that produces a lot of negative effects.”

Snowden also spoke to CBS This Morning about how he would like to return to the U.S., saying, “If I’m gonna spend the rest of my life in prison, the one bottom line demand that we have to agree to is that at least I get a fair trial. And that is the one thing the government has refused to guarantee because they won’t provide access to what’s called a public interest defense.”

You can watch the clip above, via MSNBC. The full interview airs on The 11th Hour tonight.