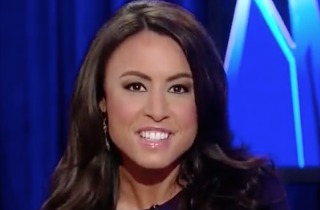 The Five co-host Andrea Tantaros took a shot at the website Jezebel today over its reporting on Miss America being involved in “abusive hazing” that allegedly led to her being kicked out of her sorority. She said Jezebel is just “angry chicks” who love to hate on attractive women.

Jezebel editor Erin Gloria Ryan called “bullshit” on GMA today for a softball interview with Miss America winner Kira Kazantsev. And in addition to that, Ryan said ABC never reached out to Jezebel about their story in the first place.

Tantaros today dismissed the controversy as “stupid” and “ridiculous” before taking a shot at Jezebel. She said, “This angry website that tried to out her––it’s a bunch of angry chicks that just hate on really attractive women––they should find something else better to do. This is a total nothing burger.”

If Lil' Lord Gutfeld & co at @FNTheFive think my piece on Miss America was an attempt to tear down a hot chick, they can't or didn't read it

That makes twice that The Five on Fox News has implied that I'm ugly and bitter and I wish my grandpa was alive to be proud of me for this.

@BuzzFeedAndrew She seems cool and smart.

@BuzzFeedAndrew Also isn't the right supposed to hate this Miss America? She interned at a Planned Parenthood!!!!11111#BENGHAZI