A newly released poll shows that most Americans agree that President Donald Trump should face an impeachment inquiry, and almost half of the country thinks Congress should go even further by calling for the president’s removal from office.

In terms of whether Trump should be outright removed from office, most of the impeachment inquiry supporters also say they would approve of congressional action to make that happen. Around 6% of impeachment backers say they support the inquiry but don’t support Trump’s removal just yet, and the rest are undecided about what Trump’s final fate should be. 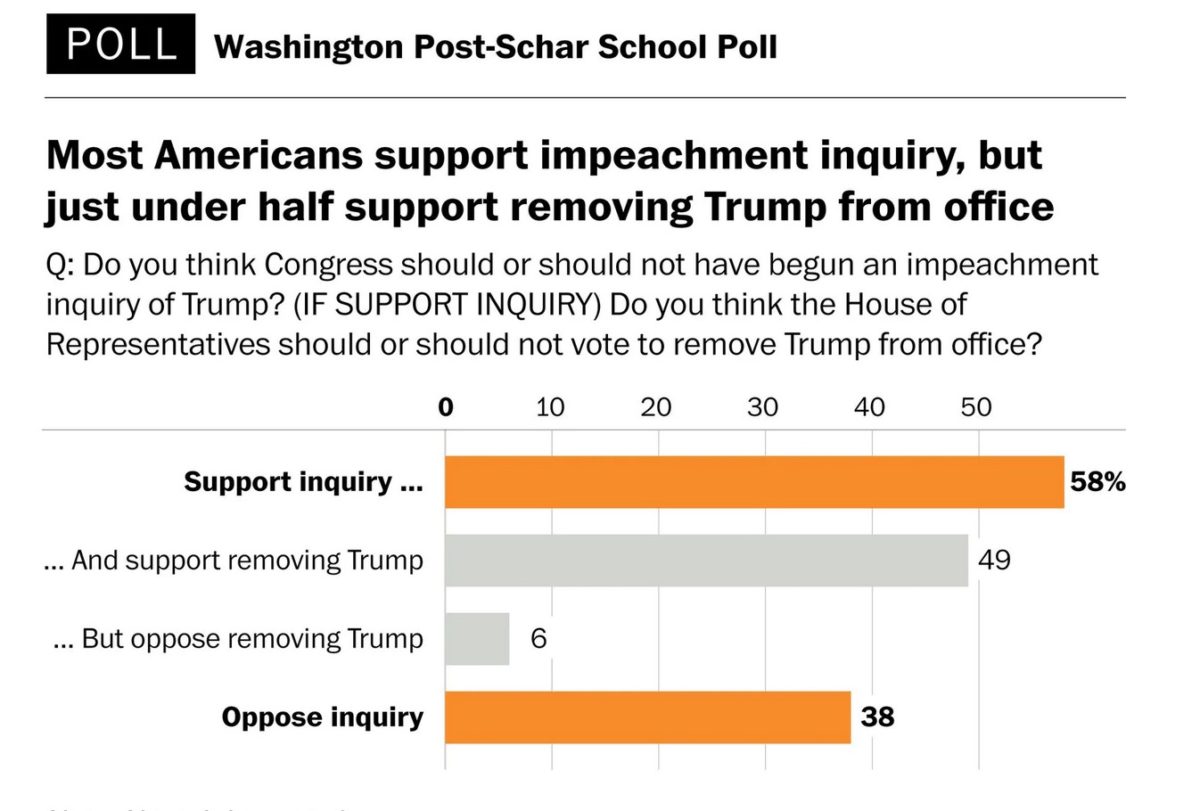 Renewed threats to impeach Trump have been growing for weeks amid the ongoing scandal over the attempts by the president and his allies to pressure the Ukrainian government into investigating Joe Biden and hurting the political fortunes of his possible 2020 opponent. The poll shows that most Americans think it is relevant that Trump held back military aid to Ukraine just a short time before the call where he asked President Volodymyr Zelensky to investigate the Biden family.

Support for impeachment is divided by party lines since the poll found that 8 out of 10 Democrats support the impeachment inquiry while 7 in 10 Republicans are against it. The poll also found that 60% of American don’t think Trump upholds adequate standards for ethics in government, while only 38% think it would be the same way if Biden were elected president.

Watch above, via CNN