Nicolle Wallace Shows Off Giant Wall of Everyone Trump’s Gone After on Twitter: Why Not Stormy?

"By our count, and with the help of the excellent reporting of the @nytimes , Trump has lashed out at more than 430 targets since he announced he's running for President -From Oprah Winfrey to the cast of Hamilton. So WHY has Stormy Daniels been spared?" – @NicolleDWallace pic.twitter.com/HOLIsazXLW

President Trump has gone after so many people on Twitter, and on MSNBC today Nicolle Wallace decided to make the point a little clearer.

Yes, Wallace actually set up a massive graphic along the wall––surpassing Rachel Maddow‘s one listing all the White House departures––showing every single Trump Twitter target, from Hillary Clinton to multiple media figures to polls. 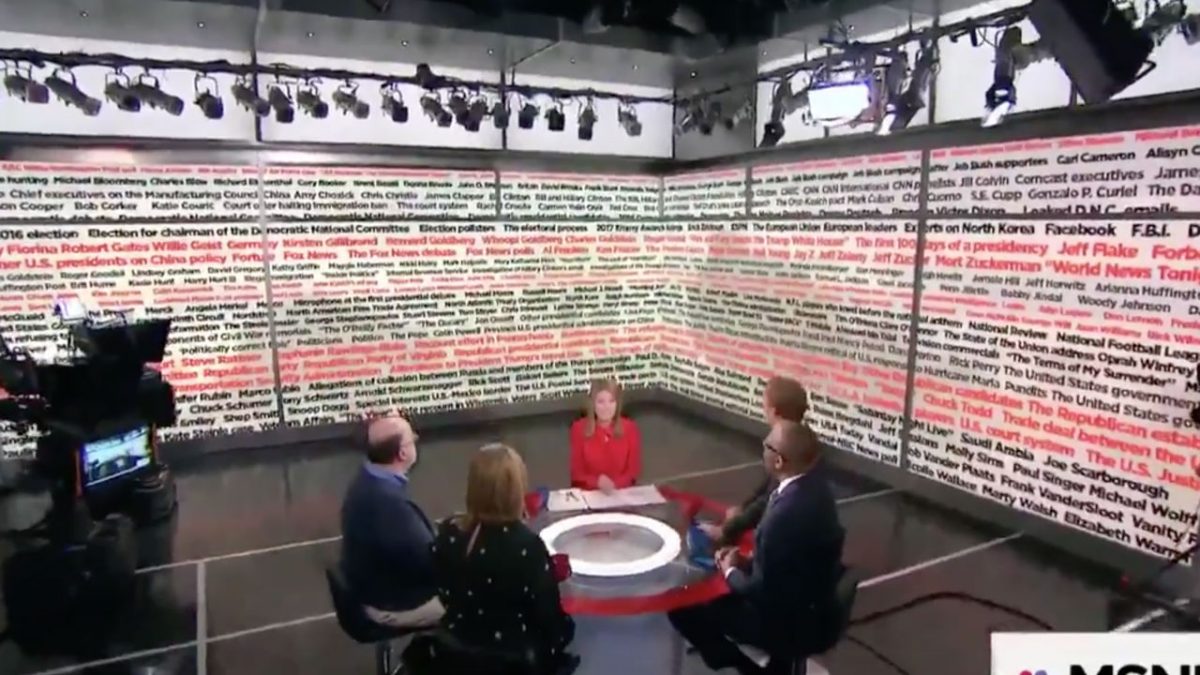 And if you’re wondering, yep, Wallace herself is on the list:

The ratings for The View are really low. Nicole Wallace and Molly Sims are a disaster. Get new cast or just put it to sleep. Dead T.V.

This was all prelude to Wallace asking the big question: “So why has Stormy Daniels been spared?”

Yes, there’s been a lot of questions surrounding the President’s silence on Daniels ever since her 60 Minutes interview on Sunday. There were even questions about it during today’s briefing.