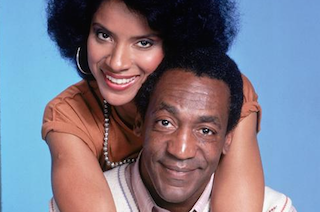 First the actress who played Rudy Huxtable on The Cosby Show spoke out in defense of her TV dad. Now Phylicia Rashad, who played Claire to Bill Cosby’s Cliff on the iconic sitcom has weighed in, denouncing the more than a dozen allegations of rape against the comedian as nothing more than an “orchestrated” effort to tarnish his legacy.

Showbiz 411’s Roger Friedman scored his “exclusive” interview with Rashad — her first comments on the subject — by inadvertently running into her at a Paramount luncheon for the film Selma. While she initially told the reporter she did not want to be part of the “public debate” on the Cosby accusations, she then decided to defend her former TV husband.

“Forget these women,” Rashad said. “What you’re seeing is the destruction of a legacy. And I think it’s orchestrated. I don’t know why or who’s doing it, but it’s the legacy. And it’s a legacy that is so important to the culture.”

“Someone is determined to keep Bill Cosby off TV,” Rashad suggested. “And it’s worked. All his contracts have been cancelled.” Of The Cosby Show, she added, “This show represented America to the outside world. This was the American family. And now you’re seeing it being destroyed. Why?”

Rashad also defended Cosby’s wife Camille, saying, “This is a tough woman, a smart woman. She’s no pushover.” And asked why Cosby has chosen to stay relatively silent on the issue, refusing to defend himself in a public forum, she asked, “If he spoke now, what do you think the media would do with it?”

Watch The Cosby Show’s Keisha Knight Pulliam make her comments about the allegations below, via NBC: