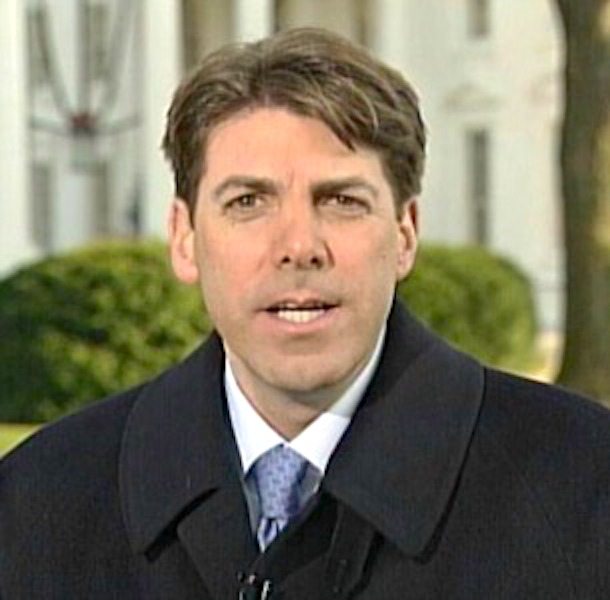 It’s an open secret that most members of the media have grumbled at the inclusion of Jim Hoft’s far right blog, The Gateway Pundit in the White House briefing room. For Fox Radio reporter, Jon Decker, it finally became too much.

He was speaking to Lucian Wintrich. He said it twice, pointing to him, so everyone knew who he was. https://t.co/42njWQQ0fX

“He followed me into the briefing room calling me a Nazi,” Wintrich told Mediaite, “He really aggressively grabbed me, not to the point where I was bruised, but close to it.”

On his own Twitter page, Wintrich provided more details, and announced that he was pressing charges.

Jon Decker asulted me at today’s briefing. @FoxNews – is this behavior something you tolerate over there? He’s sick .https://t.co/gzZhhIzOMD pic.twitter.com/ThppoHpRQw

John Decker also asulted me, pushing me in the break room & then grabbing my arm in the briefing room while shouting that I’m a nazi. https://t.co/RiVM1yYCJv

After this briefing, I am going to be filing assult and harassment charges against Jon Decker. https://t.co/RiVM1yYCJv

The incident caused a minor stir with Wintrich seemingly lecturing a small gaggle of reporters in the immediate aftermath outside the White House.

The Gateway Pundit guy is now holding a gaggle outside the White House because nothing matters pic.twitter.com/lxgsjUtDeF

Decker later issued the following statement regarding the charges:

“Earlier today I had a conversation with a representative from the online publication Gateway Pundit.  The conversation was straightforward and direct. I also informed the full White House pool that this representative was present in the Briefing Room. At no time did I accost or assault this individual. More than a dozen witnesses will attest to this fact.”