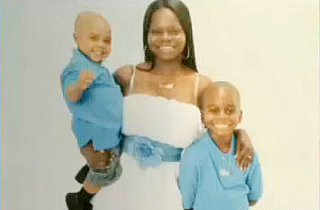 Consider this story a not-so-subtle reminder that while many gun laws are designed with the golden intention of reducing gun violence, they often end up punishing poor people for victimless crimes, while actual criminals happily flout the law.

Shaneen Allen, a black single mother of two from Philadelphia, has a legal concealed carry permit and a gun — both obtained after she was robbed twice the year prior. When she was pulled over by New Jersey police for an “unsafe lane change” in October 2013, she was honest and admitted to the officer that she had her weapon and her permit on her.

As it turns out, New Jersey refused to honor her Pennsylvania license, snagging her in a spiral of legal troubles all because she crossed a border. Her firearm and permit were now illegal, as Fox reported:

Allen, who has no criminal record, was later charged with unlawful possession of a weapon and possession of hollow-point bullets. If convicted, the illegal possession of the handgun is a second-degree felony punishable by a mandatory minimum sentence of three years in prison.

Seems outrageous enough that an honest gun-owner and single mother should face three years of jail for what amounts to an honest mistake.

Flash forward to this week: Allen appears in court. And now she faces a maximum of 11.5 years in prison — ten for the possession, 18 months for the bullets. Adding insult to injury, the judge refused Allen the ability to enter a “pretrial intervention” program to avoid jail time.

The craziest part, however, reports My9NJ: “The best offer that the prosecutor gave was a five-year plea bargain with no option for parole for 3.5 years.”

This sounds like the perfect case for jury nullification.

For a more extensive rundown of Allen’s story, and the racial implications behind it, check out Radley Balko‘s thorough account.

And a TV report on the story below, via WWOR: