What The Atlantic’s Millennial Article Gets Wrong About Twentysomethings 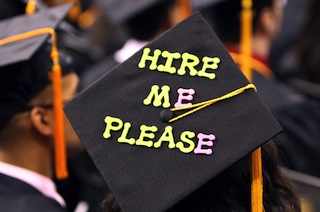 “Forget what you’ve read about the ‘Me, Me, Me Generation,'” begins Ron Fournier’s long read on Millennials in the Atlantic today, and I’d truly like to.

“The Outsiders: How Can Millennials Change Washington If They Hate It?,” about how the disengagement from government and civic service could soon create a brain drain in Washington, is a smarter piece than most purporting to solve for the younguns and their Twitterz and their smart phones. But it ultimately falls prey to the same fallacy as its predecessors: the overriding desire to believe that Millennials are different than previous generations. What’s behind this desire—an urgent need to justify, and expiate, the rapidly shrinking economic opportunities afforded to young people—says more about those writing the Millennial articles than it does about the complex generation itself.

For what it’s worth, Fournier thinks the kids are all right: “You’ve heard the knocks against Millennials. They’re narcissistic, coddled, and lazy, not to mention spoiled. But there’s more to their story.” Where some see entitled whiners stapled to their Facebook feeds, Fournier sees diversity and drive. “The largest and most diverse generation in U.S. history is goal-orientated, respects authority and follows rules,” he writes. “Millennials are less ideological than their Baby Boom parents (more on that later) and far more tolerant.”

He promises the data behind these broad strokes, but it never quite arrives. Fournier makes the case that twentysomethings are passionate about world change, less likely to break down along traditional ideological lines, and so forth, but the studies he cites accurately describe the generation’s behavior without substantively differentiating it from how previous generations viewed the world. Yes, twentysomethings are less inclined to traditional ideological structures than their parents today, but are they less so than our parents were in, say, 1968?

In this, Fournier’s piece differs in degree but not in kind from Joel Stein‘s recent Time cover story about the “Me Generation,” which trafficked in the exact sort of generalizations (“lazy, narcissistic”) Fournier hoped to avoid. As the Atlantic’s Elspeth Reeve pointed out about Stein’s article—which, like Fournier’s, promised to “bring the cold, hard data”—the problem is that these writers compare the next generation to the current one in its present state, not in its young, caterpillar form:

“It’s not that people born after 1980 are narcissists, it’s that young people are narcissists, and they get over themselves as they get older. It’s like doing a study of toddlers and declaring those born since 2010 are Generation Sociopath: Kids These Days Will Pull Your Hair, Pee On Walls, Throw Full Bowls of Cereal Without Even Thinking of the Consequences.”

In Fournier’s case, it’s not that this generation is more into changing the world or smashing calcified political structures—it’s that all generations are into that stuff. Fournier, Stein, et al, are simply pointing out twenty-three year olds are not acting like fifty-three year olds. They draw different conclusions, Stein’s negative, Fournier’s largely positive, but the foundational logic is still fallacious.

Why, then, the need to believe that this generation is different from all that came before? It likely has to do with the statistics that truly reveal the difference between a twenty-three year old now and a generation ago: employment. Someone graduating college now faces much grimmer economic prospects than they would have in the 1970s and 1980s. There are fewer jobs, and those who are lucky enough to get them will earn less than they would have forty years ago, and do so while working fewer hours. While earning less, they’ll make do with fewer of the benefits, such as health care and retirement, that locked previous generations into the middle class. Many employment opportunities, even for graduates, are unpaid or low-paying internships that restrict future employment to the privileged by denying immediate renumeration, while student debt is a significantly higher burden than it was a generation ago. Worst of all, the setbacks of the initial decade of work curtail your progress forever after.

This explains the behavior Fournier is seeing far more than any generational shift in attitude toward government or civic society. For instance, Fournier writes: “In the 2011 National Association of Colleges and Employers (NACE) Student Survey, college students revealed that the ability to improve the community ranks almost as highly as a strong starting salary when searching for their first job.”

This is backwards. Fournier is assuming that Millennials’ morality has rendered their salary demands less important; but if the few jobs available don’t pay much, salary demands become disqualifying. This is less an empirical confusion than a causal one: when even law schools are no longer graduating students who can repay their loans, grads will begin looking for other forms of compensation.

Those forms of compensation? “Data shows Millennials continue to volunteer into adulthood,” Fournier writes. “Their reasons range from the practical (“It’s a great way to catch up with friends and help people,” a Concord, Massachusetts, high-school student told me) to the spiritual (“It just makes me feel better about myself,” said a 23-year-old politico at the Democratic Congressional Campaign Committee.).”

Leaving aside that volunteering, laudable in itself, is a more viable option when one is underemployed, what unites all these reasons is that they’re non-economic forms of payment. Socializing and spiritual fulfillment are always elements, more or less, of work; they inflate into actual compensation for it only in a void where sustainable wages and benefits should be. Millennials aren’t bucking a strong salary in favor of personal satiation; the salaries bucked them. They’re just making up for it where they can.

To say that reversing the decline in wages and employment for young people would require a slew of untenable political and economic solutions is to state the obvious. This is not a problem that’s going away any time soon, and in lieu of solutions, it seems to be inducing excuses. Hence all the “Me Generation” articles attempting to read twentysomethings’ economic underperformance as the result of moral or industrial lassitude, as opposed to a generation rationally reacting to winnowing economic incentives. Fournier’s piece thankfully discards these cheap shots, and identifies what could be a real forthcoming problem in public service. But it’s hard not to avoid concluding that much of the disengagement he sees in young Americans would dissipate with a few more Help Wanted signs.