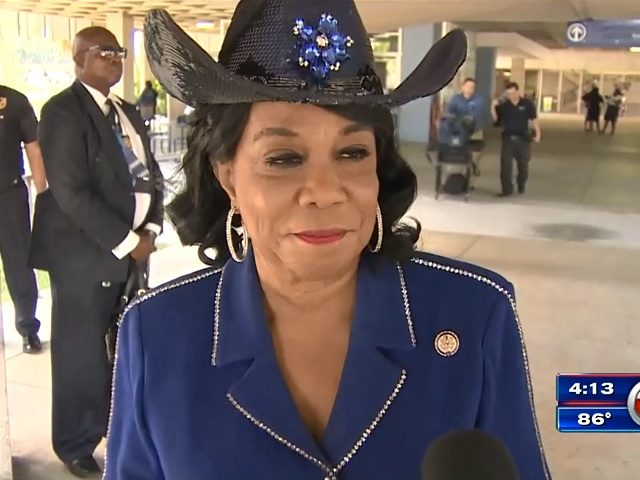 The response to White House Chief of Staff Gen. John Kelly’s powerful presentation during Thursday’s press briefing is a bit of a Rorschach Test in American media and politics.

Looking at the Twitter reactions detailed here at Mediaite, it appears the smart set saw Kelly’s presentation on the protocols for notifying gold star families after their loved one was killed in action as an opportunity to snark at the administration, to question Kelly’s motives and to even go so far as to label the Marine General (and Gold Star father himself) as a dangerous enabler.

Other observers, who apparently are not nearly as sophisticated or enlightened, found Kelly’s words moving, emotional and a potential coda to a rather tawdry and despicable news cycle focusing on the politicization of a family’s grief.

Sadly, Rep. Fredrica Wilson, the Florida Democrat who dialed this narrative up to a factor of 11 (on a scale of 1 to 10) has figured out a way to forge a third path in response to Kelly’s briefing. She sees it as an opportunity for self promotion.

“You mean to tell me that I’ve become so important that the White House is following me and my words?” she said laughing. “This is amazing. That’s amazing. I’ll have to tell my kids that I’m a rockstar now.”

Wilson went on to compare Kelly, a stoic and dignified Marine general, Gold Star father and White House Chief of Staff to a dog barking to the moon. “The dog can bark at the moon all night long, but it doesn’t become an issue until the moon barks back.’”

No matter where you fall on the spectrum of reactions to yesterday’s stunning speech by Kelly, perhaps we can all agree that Wilson’s five minutes of fame are up and it’s time for this “rock star” to return to political irrelevance where she belongs.

But, sadly, that’s not how things work in media and politics circa 2017. I expect we should prepare for Wilson to throw her bedazzled cowboy hat into the ring for a senate bid in the coming days. So be it.

As for me, I’ll stand with the general.