Washington Post’s  Phillip Rucker is a well respected and award-winning journalist who is deeply connected to important members of Congress on both sides of his aisle. So when he claims that Republicans are privately in agreement with Sen. Mitt Romney regarding the findings released by the Mueller Report, it’s something that everyone should take gravely.

At issue is the specific acts of duplicity and ostensible malfeasance that is documented to an almost overwhelming degree by the office of Special Counsel Robert Mueller who looked into the behavior of both the Trump campaign (regarding discussions with Russian operatives) and possible evidence of obstruction of evidence.

On Friday of last week, Romney tweeted the following statement: 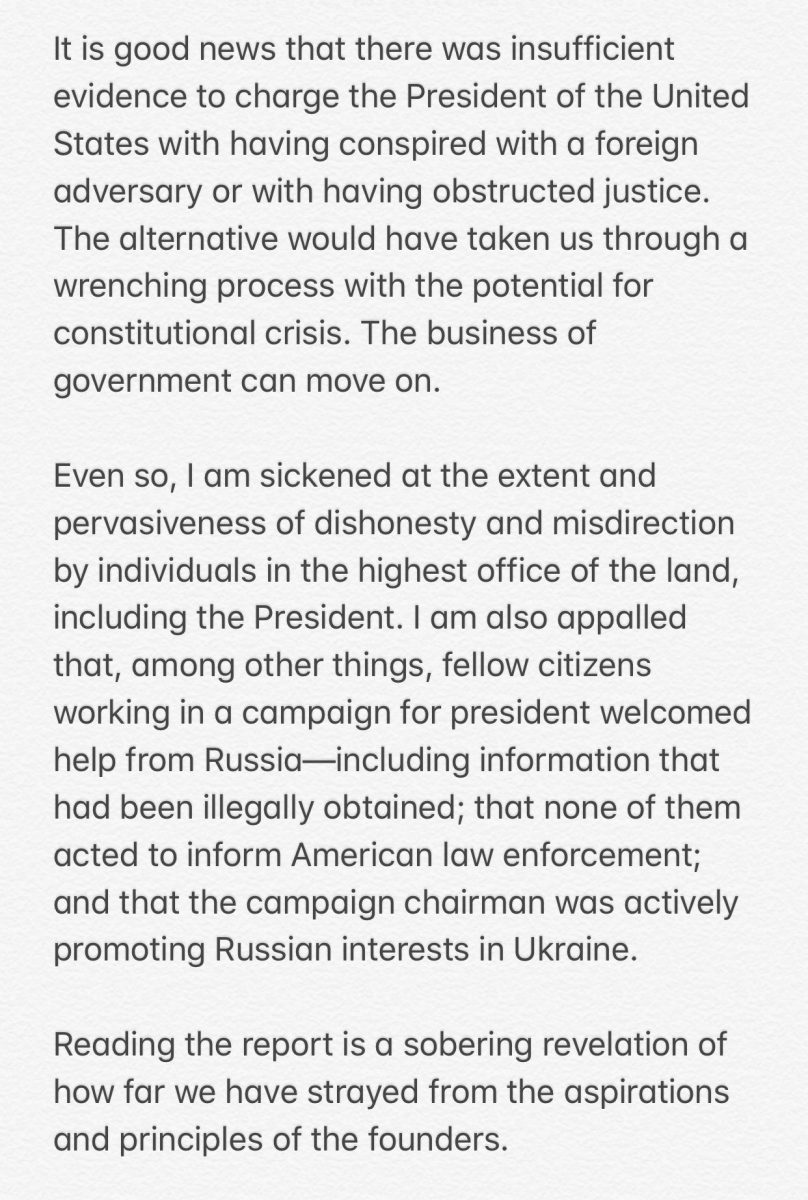 In response to a question from Joe Scarborough, Rucker noted that “Romney is saying exactly what his Republican colleagues in the Senate believe but are afraid to say,” before noting “and yet, what Romney is doing is saying it. There’s no call to action from Mitt Romney.”

So credit to Romney for speaking truth to power, but actions speak louder than words?