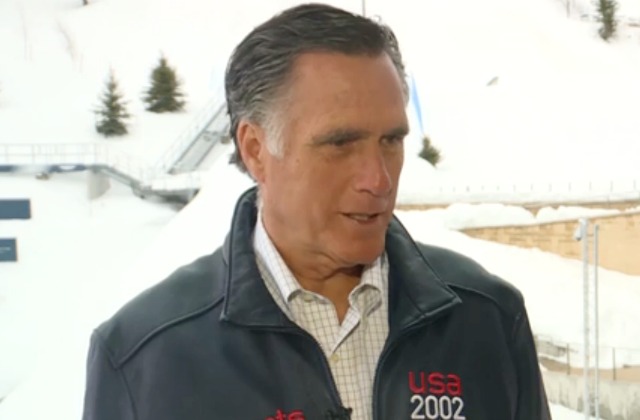 Mitt Romney condemned President Donald Trump’s response to the Charlottesville terror attack in a moving Facebook post in which he warned of the “unraveling of our national fabric” and asked the president to apologize.

The former governor of Massachusetts and Republican presidential candidate joined in on the massive, bipartisan pile-on of the president in response to his statements in defense of the neo-Nazi rally that descended on Charlottesville Saturday to protest the removal of a Confederate statue — a day that ended when a white supremacist plowed his car into a group of counter-protestors, killing one woman and injuring 19 more people.

Trump’s initial statement on the attack — denouncing “violence on many sides” — was intensely criticized, even by lawmakers in his own party. His doubling down on Tuesday, and claims that there were “very fine people” at the torch-lit white supremacist rally, was enough to draw universal outrage, and a lengthy Facebook missive from Romney.

Read the post, published Friday morning, here (and expect a Trump tweetstorm in response at some point in the next 24 hours):

I will dispense for now from discussion of the moral character of the president’s Charlottesville statements. Whether he intended to or not, what he communicated caused racists to rejoice, minorities to weep, and the vast heart of America to mourn. His apologists strain to explain that he didn’t mean what we heard. But what we heard is now the reality, and unless it is addressed by the president as such, with unprecedented candor and strength, there may commence an unraveling of our national fabric.
The leaders of our branches of military service have spoken immediately and forcefully, repudiating the implications of the president’s words. Why? In part because the morale and commitment of our forces–made up and sustained by men and women of all races–could be in the balance. Our allies around the world are stunned and our enemies celebrate; America’s ability to help secure a peaceful and prosperous world is diminished. And who would want to come to the aid of a country they perceive as racist if ever the need were to arise, as it did after 9/11?

In homes across the nation, children are asking their parents what this means. Jews, blacks, Hispanics, Muslims are as much a part of America as whites and Protestants. But today they wonder. Where might this lead? To bitterness and tears, or perhaps to anger and violence?

The potential consequences are severe in the extreme. Accordingly, the president must take remedial action in the extreme. He should address the American people, acknowledge that he was wrong, apologize. State forcefully and unequivocally that racists are 100% to blame for the murder and violence in Charlottesville. Testify that there is no conceivable comparison or moral equivalency between the Nazis–who brutally murdered millions of Jews and who hundreds of thousands of Americans gave their lives to defeat–and the counter-protestors who were outraged to see fools parading the Nazi flag, Nazi armband and Nazi salute. And once and for all, he must definitively repudiate the support of David Duke and his ilk and call for every American to banish racists and haters from any and every association.

This is a defining moment for President Trump. But much more than that, it is a moment that will define America in the hearts of our children. They are watching, our soldiers are watching, the world is watching. Mr. President, act now for the good of the country.