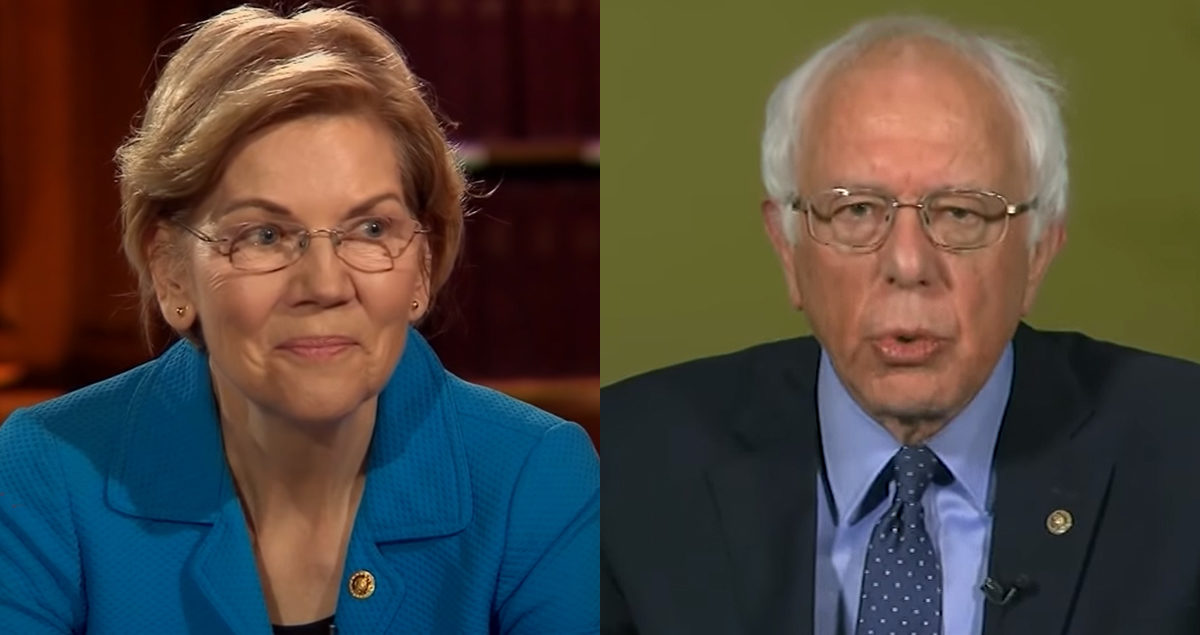 Massachusetts Senator and Democratic presidential candidate Elizabeth Warren has overtaken Bernie Sanders in a new national poll, placing second to Joe Biden by ten points, but one point ahead of Sanders.

According to a new Economist/YouGov survey, Warren now holds second place with 16 percent to Biden’s 26, with Sanders now occupying third place at 15 percent. For Warren, this is a gain of four points from the same poll a week ago, while Sanders has remained the same and Biden has dropped a point.

Additionally, Warren has a much clearer lead over Sanders when voters were asked, “Which candidate or candidates are you considering voting for in the Democratic Presidential primary or caucus in your state in 2020?”

On that question, Warren’s 45 percent trails only Biden at 50. California Senator Kamala Harris is third on this metric with 39 percent, and Sanders is fourth with 38 percent.

Sanders does lead in one category from this poll. When asked, “Are there any presidential candidates that you would be disappointed if they became the Democratic nominee?”, 21 percent responded Sanders, which places him in a tie for that metric with New York City Mayor Bill de Blasio.

This is not the first poll in which Warren surpassed Sanders. She edged Bernie by a point in an April Quinnipiac poll as well, on the heels of Biden’s official entry into the race. As Biden’s numbers erode after that initial bump, Warren’s candidacy appears to be picking up steam, but she still has a ways to go before unseating Sanders, who still holds a solid lead over Warren in the overall polling average, as the runner-up.