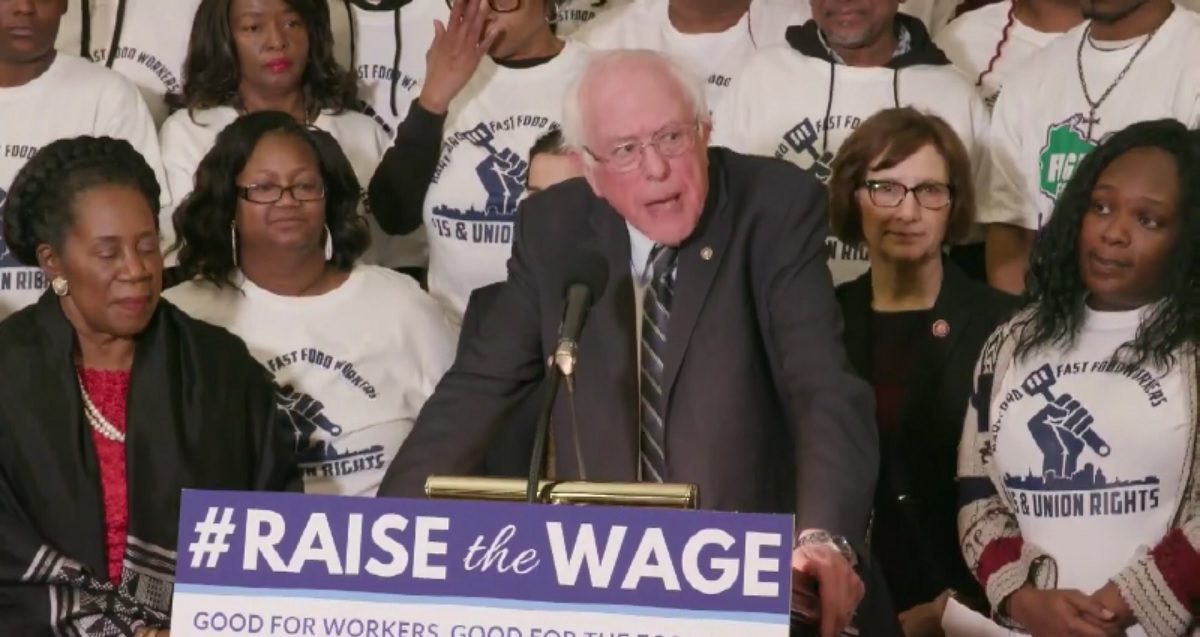 Independent Vermont Senator and Democratic presidential candidate Bernie Sanders complained about workers “going to the media” to speak out against the wages his campaign pays, but has agreed to adjustments that will raise staffer pay to $15 an hour.

Sanders came under criticism this week for failing to pay his own campaign workers the $15 an hour minimum wage for which he has advocated after workers spoke out to complain about what they called “poverty” wages being paid to some field staff.

According to The Washington Post, average hourly pay for the campaign workers in question is “less than $13” based on a 60-hour workweek at a salary of $36,000 a year, which is only a “poverty” wage for a family of seven. But Sanders also pays 100% of health insurance costs for those employees.

In an interview with the Des Moines Register Friday, Sanders groused about the way some his workers went about airing their grievances:

“It does bother me that people are going outside of the process and going to the media,” he said. “That is really not acceptable. It is really not what labor negotiations are about, and it’s improper.”

But Sanders also told the paper that the campaign would adjust the field organizers’ hours so that their hourly compensation would equal $15 an hour. Sanders’ proposed minimum wage bill would not require a raise to that level until five years after its effective date.