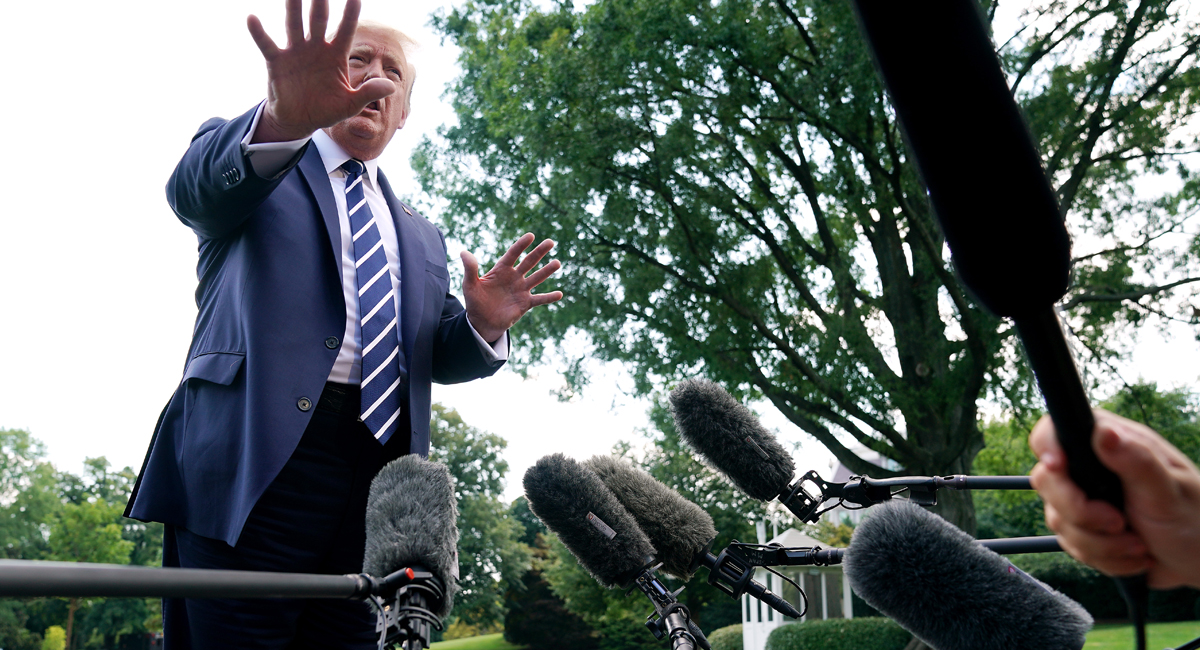 ABC News correspondent and former CNN anchor Kyra Phillips is facing blue check backlash this weekend for a Tweet she sent on Friday thanking President Trump for the “access” he gives reporters on a “regular basis” to ask questions.

No matter what your politics are, I have to say that I appreciate the access ⁦@realDonaldTrump⁩ gives us on a regular basis and the ability to ask any question. ⁦@PressSec⁩ ⁦@johnrobertsFox⁩ pic.twitter.com/CLutdtZRlj

The tweet, as you can see was ratio’d to smithereens, and in both replies and by quote retweet, Phillips was lambasted for her comments. New York Daily News columnist Brandon Friedman, for example, laid into Phillips as an example of “sycophancy” that has “crippled America.”

Historians will use this as an example of the media's early 21st century political sycophancy that crippled America https://t.co/i0vOgjHMMp

And for that retweet, he was apparently blocked, about which he further tweeted.

But he was not the only critic, by a long shot. There were scores. Dave Levitan, of the Daily Beast and the Washington Post, for one, combined burning the original tweet with an apparent jab about Friedman being blocked.

I too would enjoy being blocked for pointing out how terrible this is. https://t.co/DIooktri0n

The Young Turks represented, of course.

Yes, you can ask any question and he'll find a way to turn it into a racist attack again his political opponents. https://t.co/r1p9gFF4Cx

I can't process this tweet, can someone please assist? https://t.co/gi3fgYJ86Z

"I mean, yeah, the concentration camps are bad, but we get to ask questions!" https://t.co/4TAuOfDfoK

No matter what your politics are, I have to say that's quite a ratio https://t.co/9IlAgpahZC pic.twitter.com/LFNoySpxA6

He is not doing you a favor. Did you feel a need to thank President Obama? I doubt it. https://t.co/4LnJgFY8rm

For the bootlicker there is always a sufficient number of boots.

Is this the best you can do? https://t.co/ByGqMIZpPb

Are you kidding me with this normalizing bullshit

No matter what your bio says, I have to say I appreciate that you’re part of the media’s problematic coverage of Trump. You’re supposedly an investigative journalist — you should have A LOT more curiosity and want far more access than he gives you while walking to Marine One.

Are you fucking kidding me???

Publicly thanking the racist rapist for access to his lies so he can gaslit the nation? now THIS is how we get four more years.

This is Stockholm Syndrome. https://t.co/yUBTE0oe8v

But it was a non-verified account that probably summed up the blue check, blue state response overall, with just one reaction gif.

Not every reply was negative, but that gif does seem to be a pretty accurate summary of the response from Democrats and journalists.