'A Fool in Place of a President'

‘He Will Eat You Alive For His Own Purposes’: Spurs Coach Gregg Popovich Nukes Trump From Orbit as ‘Coward,’ ‘Deranged Idiot’ 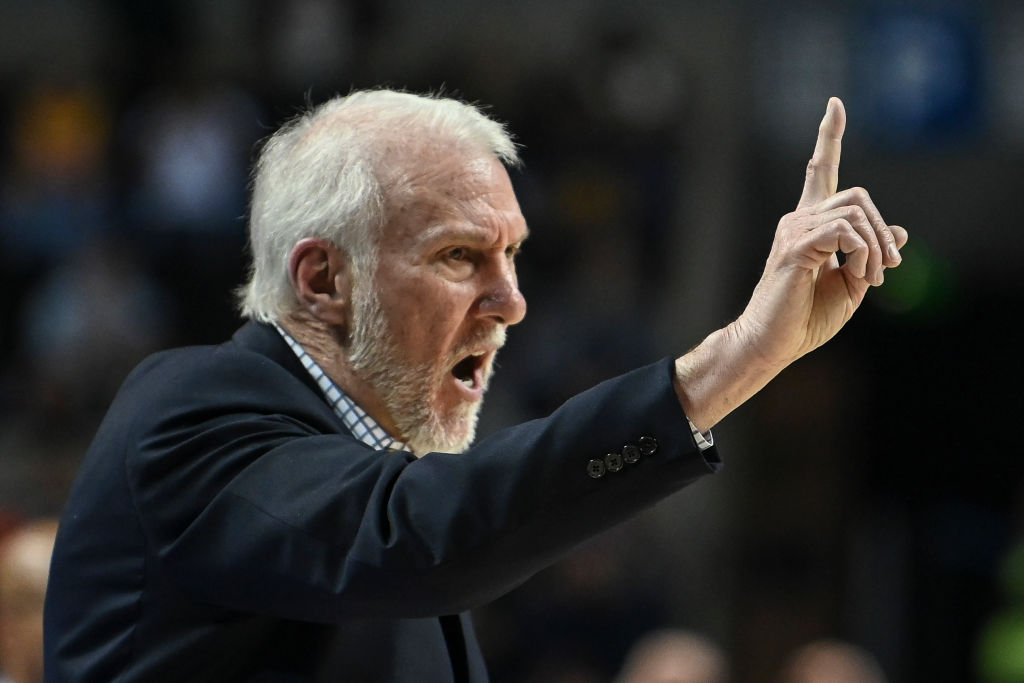 Gregg Popovich, a frequent Trump critic, took his fiery rhetoric about President Donald Trump to a whole new level in a damning indictment of the president’s tone deaf rhetoric and notable public absence amidst the nationwide protests sparked by the alleged murder of George Floyd by a Minneapolis police officer.

In a fire-spitting interview in The Nation, the San Antonio Spurs head coach let loose numerous full-bore barrages on Trump, and swept Senate Majority Leader Mitch McConnell and other Republican Senators as complicit in the president’s misconduct as part of his take-no-prisoners argument. In fact, Popovich, of his own volition, called up Nation sports editor, Dave Zirin, to both call for systemic change to end racist police violence and to unleash his outrage about the president’s failed leadership.

“It’s unbelievable,” Popovich said to Zirin. “If Trump had a brain, even if it was 99 percent cynical, he would come out and say something to unify people. But he doesn’t care about bringing people together. Even now. That’s how deranged he is. It’s all about him. It’s all about what benefits him personally. It’s never about the greater good. And that’s all he’s ever been.”

“It’s like what Lindsay Graham and Ted Cruz used to say when they had the courage to say it: He’s unfit,” Popovich added, alluding to those Republicans senators past critiques of Trump in 2015 and 2016, before he became the de facto center of gravity of the GOP. “But they have chosen instead to be invisible and obsequious in the face of this carnage. In the end, what we have is a fool in place of a president, while the person who really runs the country, Senator Mitch McConnell, destroys the United States for generations to come. McConnell has destroyed and degraded our judicial system. He has tried to destroy healthcare. He’s destroyed the environment. He’s the master and Trump’s the stooge, and what’s funny is that Trump doesn’t even know it. Trump’s always wanted to be part of the in-group, but McConnell is an in-group of one and Trump plays the fool.”

Popovich then ratcheted up his anti-Trump attacks even further.

“He’s not just divisive. He’s a destroyer. To be in his presence makes you die. He will eat you alive for his own purposes,” Popovich ranted, referencing to news that Trump retreated to a bunker on Friday when the Secret Service feared D.C. protestors might endanger him. “I’m appalled that we have a leader who can’t say ‘Black Lives Matter.’ That’s why he hides in the White House basement. He is a coward. He creates a situation and runs away like a grade-schooler. Actually, I think it’s best to ignore him. There is nothing he can do to make this better because of who he is: a deranged idiot.”