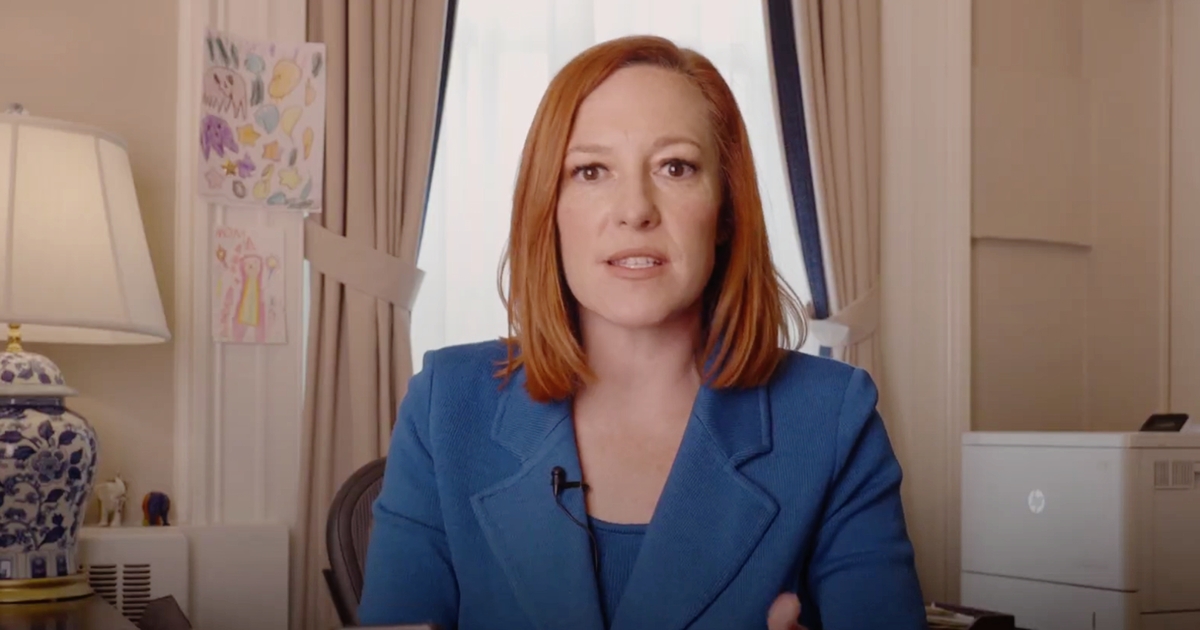 White House Press Secretary Jen Psaki had a pithy response — followed by a lengthier explanation — when asked how President Joe Biden’s administration factors in the 70 percent of Republicans who still think then-President Donald Trump won the election that he in fact lost by about 7 million votes.

“We don’t” was the sort version Psaki offered when asked that question by The Washington Post‘s Olivier Knox, the basis of which is a new CNN/SSRS poll that asked respondents “Thinking about the results of the 2020 presidential election, do you think that Joe Biden legitimately won enough votes to win the presidency, or not?”

Indeed, 70 percent of Republicans replied that “No, Biden did not legitimately win enough votes to win the presidency,” versus 30 percent overall who said the same.

“[M]ore from my full comment: @POTUS is president for all Americans no matter who they voted for. And so our focus is on continuing to plug away on pushing for policies that will help everyone and through that work we can rebuild trust in government. That government can work,” Psaki wrote, then added “Our view is the election was certified and confirmed by election officials from both parties in every state. Court challenges were fully heard.”

Our view is the election was certified and confirmed by election officials from both parties in every state. Court challenges were fully heard.

The numbers from that CNN poll track closely with the results of a poll taken just after the election was called for Joe Biden in November, in which 70 percent of Republicans said that the election was “not free and fair,” versus 34% of all respondents who said the same.