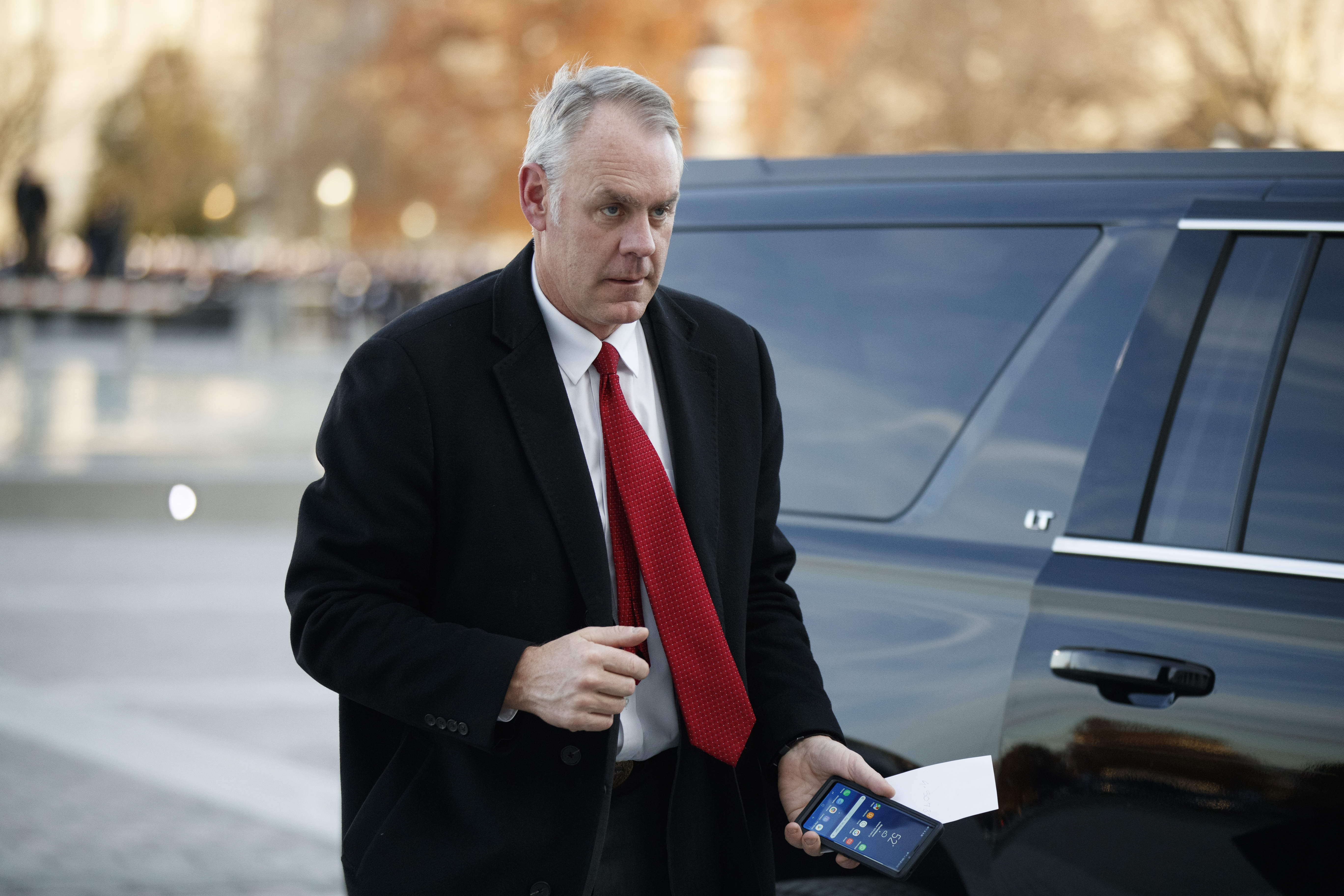 The Office of the Special Counsel found that found former interior secretary Ryan Zinke in violation of federal law for tweeting out a picture of his feet: dad sneakers on, one pant leg obnoxiously rolled up to show off his new MAGA socks.

The former secretary tweeted the photo last June and was found guilty of a Hatch Act violation in December, according to a letter leaked to the Washington Post Thursday. The Hatch Act restricts federal employees from using their positions in government to engage in partisan politics, but excludes the office of the president and vice president.

Zinke’s violation notice came just after he had submitted his resignation, but he was let off with a warning anyways.

“Breaking in new socks on a hike with the governors today,” he captioned the photo.

Twitter users immediately pointed out Zinke’s legal violation, and Zinke’s account deleted the photo. But Zinke was so excited about his new socks he felt the need to tweet them again, this time with the MAGA slogan blacked out.

The only image of trump there is a photo of Interior Secretary Ryan Zinke’s socks he wore last week and thank goodness! pic.twitter.com/TcoS5YwQfj

“Earlier I tweeted a pic of my new socks not realizing it had what could be viewed as a political slogan. I’ve deleted it and apologize for the mistake. I remain excited about all the incredible work POTUS is doing,” he captioned the new tweet.

Cabinet members in violation of the Hatch Act could receive sanctions decided upon by the president which could include a fine of up to $1,000 or removal from office.

“Blah, blah, blah,” Conway said while speaking to the press last week. “If you’re trying to silence me through the Hatch Act, it’s not going to work. Let me know when the jail sentence starts.”