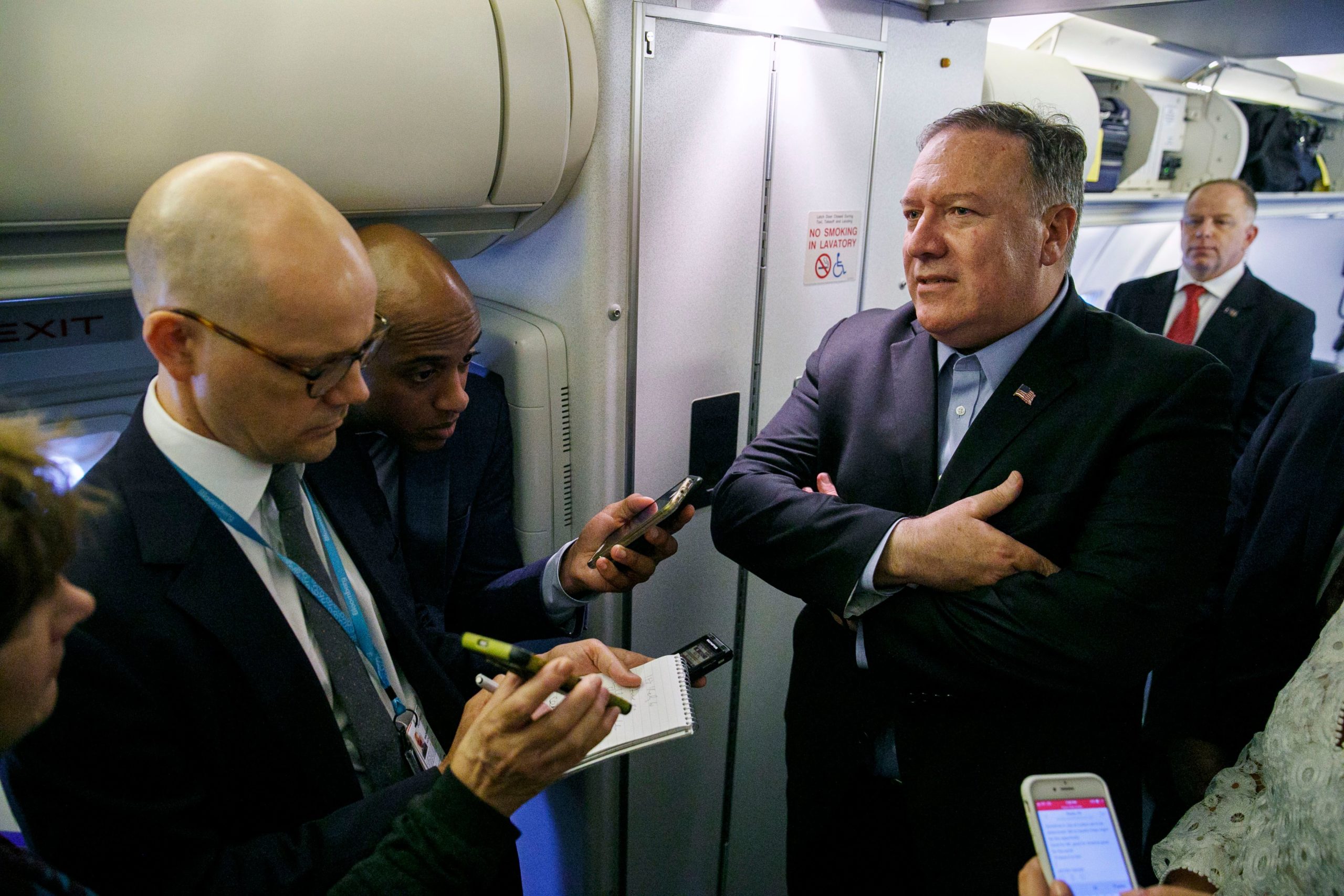 The State Department booted an NPR reporter from Mike Pompeo’s plane for an upcoming foreign trip, just days after the secretary of state engaged in a bitter spat with the outlet.

NPR Diplomatic Correspondent Michele Kelemen was removed from the plane, according to several reporters who tweeted about the news. Kelemen was part of the press pool accompanying Pompeo on a trip to London and Kiev.

“We can only conclude that the State Department is retaliating against National Public Radio as a result of this exchange,” Tandon wrote. “The State Department press corps has long tradition of accompanying secretaries of state on their travels and we find it unacceptable to punish an individual member of our association”

NPR’s Mary Louise Kelly interviewed Pompeo for All Things Considered last week, enraging the secretary of state by asking about Ukraine. According to Kelly, after the interview Pompeo unleashed an expletive-laden tirade that culminated with him demanding Kelly — a reporter with a master’s degree in European studies — locate Ukraine on a map.

After Kelly reported on the meltdown, Pompeo released an official statement in which he claimed Kelly thought Ukraine was Bangladesh.

“This is another example of how unhinged the media has become in its quest to hurt President Trump and this Administration,” he wrote.