Star Wars Star John Boyega Delivers Emotional Remarks At Black Lives Matter Protest: I Might Not Have a Career After This Speech, But ‘F*ck That’ 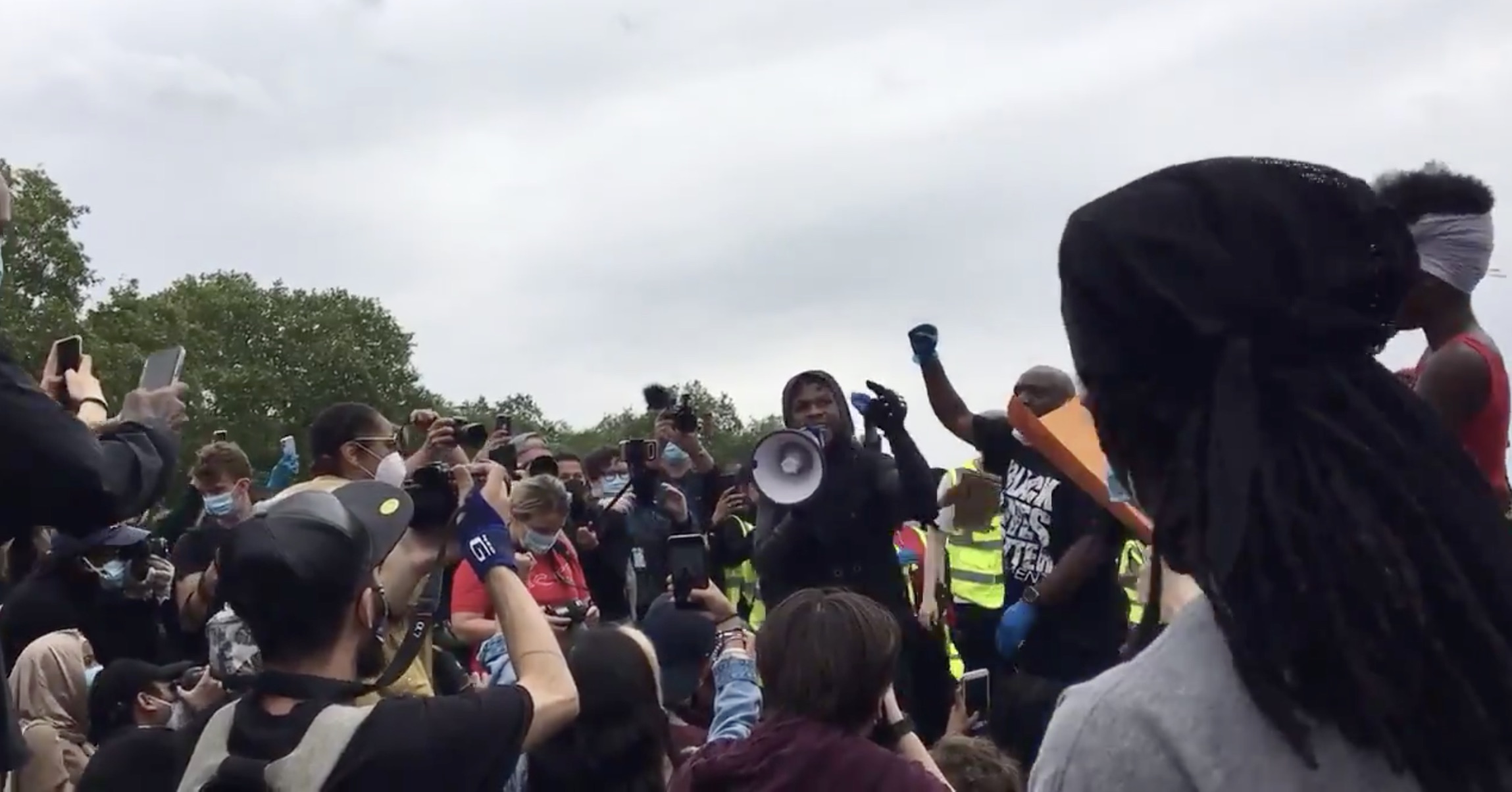 Star Wars actor John Boyega gave a stirring and emotional speech while protesting the police killing of George Floyd at Hyde Park in London on Wednesday, telling demonstrators to demand racial equality “as [peacefully] as possible.”

Boyega urged the demonstrators to be as peaceful as possible, claiming that people are waiting for them to make a mistake. Boyega was in tears throughout his speech, and broke down entirely before urging the thousands of marchers to respect and take care of black women.

“Black men, we need to take care of Black women,” he said. “They’re our hearts, they’re our future, we cannot demonize our own. We are the pillars of our family.”

Hustlers star Keke Palmer was also filmed having a rousing dialogue with members of the National Guard while at a protest in Los Angeles, during which she asked them to march with those demonstrating:

Watch all of this. pic.twitter.com/YHq0QhXrnw

Palmer urged them to pay attention, adding that President Donald Trump is fueling a race war in the United States. The soldiers offered to march to the intersection with them and took a knee, but ultimately refused to leave their posts, a gesture Palmer said was not enough.

Several other celebrities have been protesting police brutality in the wake of Floyd’s death, including Michael B. Jordan, Kehlani, Ellen Page, Fiona Apple, Halsey, and Cole Sprouse, who was reportedly arrested.

Insecure actor Kendrick Sampson took to Twitter to share that he was shot seven times by rubber bullets while protesting:

Glad I y’all witnessed this. Esp the video of them actually targeting us. He didn’t try to ricochet the bullets of the ground – one tactic – he pointed the gun DIRECTLY AT ME. I actually got hit 7 times with rubber bullets and many with batons. My boy has stitches. #DEFUNDPOLICE https://t.co/q6DLRnqlYG