Barack Obama on John McCain: ‘Few of Us Have Been Tested the Way He Was’

Barack Obama on John McCain: ‘Few of Us Have Been Tested the Way He Was’ 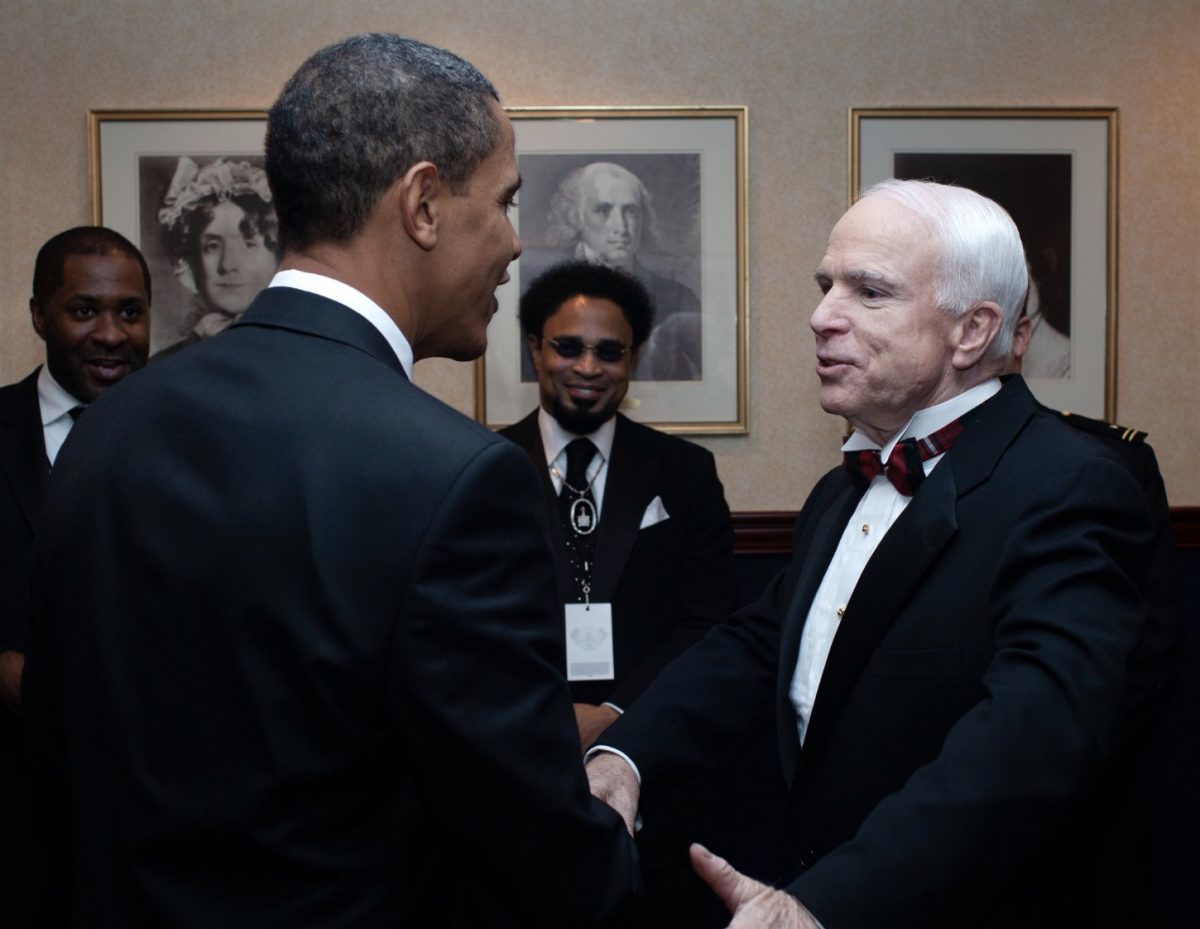 Shortly after the death of Sen. John McCain on Saturday, Barack Obama issued a statement commending the senator for his courage and calling on others to “aspire to the courage to put the greater good above our own.”

“John McCain and I were members of different generations, came from completely different backgrounds, and competed at the highest level of politics. But we shared, for all our differences, a fidelity to something higher – the ideals for which generations of Americans and immigrants alike have fought, marched, and sacrificed,” Obama wrote.

He continued on: “We saw our political battles, even, as a privilege, something noble, an opportunity to serve as stewards of those high ideals at home, and to advance them around the world. We saw this country as a place where anything is possible – and citizenship as our patriotic obligation to ensure it forever remains that way.”

Obama then concluded by speaking of McCain’s courage: “Few of us have been tested the way John once was, or required to show the kind of courage that he did. But all of us can aspire to the courage to put the greater good above our own. At John’s best, he showed us what that means. And for that, we are all in his debt. Michelle and I send our most heartfelt condolences to Cindy and their family.”