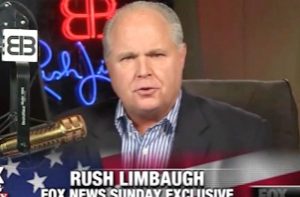 Rush Limbaugh railed against the left because, he said, it had so polluted the sexual morality of America that now everything was permissible — with the notable exception of sex without consent.

If there is no consent, then “Here come the rape police!” Limbaugh said (presumably referring to the “police”).

Speaking on his show Wednesday, the conservative talk show host was enraged that any sexual acts were permitted between consenting adults. But, on the other hand, if you did something to someone without consent, the “rape police” would come after you.

You know what the magic word, the only thing that matters in American sexual mores today is? One thing. You can do anything, the left will promote and understand and tolerate anything, as long as there is one element. Do you know what it is? Consent. If there is consent on both or all three or all four, however many are involved in the sex act, it’s perfectly fine. Whatever it is. But if the left ever senses and smells that there’s no consent in part of the equation then here come the rape police. But consent is the magic key to the left.

This is not the first time Limbaugh has made light of rape in order to advance a notion that the progressive left is some sort of malevolent force. In August, he said that one could “legalize rape” if you passed it off as a “civil rights” issue. The “civil rights” banner, he argued, “is supposed to silence opposition, because nobody with a brain is ever supposed to violate civil rights.”