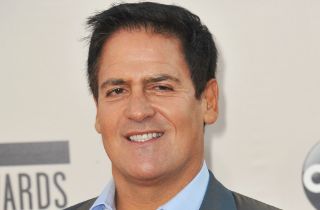 On Tuesday, however, Cuban took to Cyber Dust again, saying that despite all the controversies and questionable positions the Donald has taken, he is “the best thing to happen to politics in a long time.”

“I don’t care what his actual positions are. I don’t care if he says the wrong thing. He says what’s on his mind,” Cuban said. “He gives honest answers rather than prepared answers. This is more important than anything any candidate has done in years.”

Beyond not actually caring about the content of of Trump’s statements, Cuban went on to praise him for breaking the political mold by saying what he means:

Up until Trump announced his candidacy the conventional wisdom was that you had to be a professional politician in order to run You had to have a background that was politically scrubbed. In other words, smart people who didn’t live perfect lives could never run. Smart people who didn’t want their families put under the media spotlight wouldn’t run. The Donald is changing all of that. He has changed the game and for that he deserves a lot of credit

As expected, Trump later tweeted his gratitude to Cuban:

Thank you @mcuban for your nice words. I am rapidly becoming a @dallasmavs fan!
https://t.co/sLXkCh9qfg